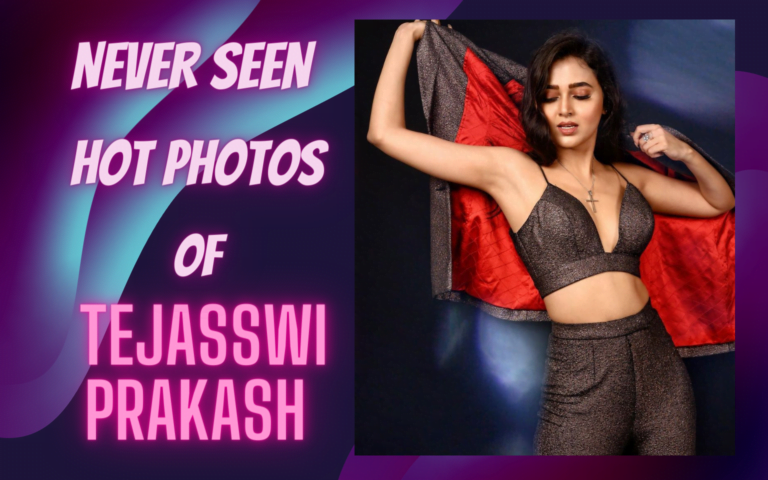 The cute and charming Tejasswi is winning everyone’s hearts in the most controversial show on Indian television titled Bigg Boss 15, her witty humour, gullible persona, and unparalleled beauty has made her one of the most deserving contestants to win the trophy of Bigg Boss.

Known to portray the remarkable role of Ragini Maheshwari on Colors TV hit show titled Swaragini – Jodein Rishton Ke Sur, which established her as the TV’s Most Popular Celebrity. In the show, she was cast alongside popular actors like Helly Shah, Varun Kapoor, and Parineeta Borthakur.

While shooting for her most popular Indian TV show Swaragini – Jodein Rishton Ke Sur, Tejasswi Prakash had an awful mishap, where her loose Salwar came between her legs which forced her to trip and she badly hurt her right knee.

However, the makers of the show immediately rushed for her help, and it was found that she had bruised her knee, moreover, she didn’t panic in that situation and after a precautionary treatment resumed the shoot. Thus, showing her iron heart and making everyone believe that it will take something more dire to keep her away from her work.

Tejasswi Prakash is known for her intensely romantic and dramatic acting, which is evident from her TV shows consisting of Sanskaar, Swaragini, Karn Sangini, and Rishta Likhenge Hum Naya.

However, many of her fans know that she has also done a comedy show, 2021 she starred as the comedian in the Zee Comedy Show when asked about her experience she said that comedy has always been the most challenging genre as an artist and she somehow always felt close to this genre.

Want to know, Tejasswi Prakash game plan for Bigg Boss 15, well before entering the house Tejasswi revealed that she would strictly stay away from all the controversies which usually generate at the core of the house and would give her blood and sweat in delivering three main aspects of any reality TV show which are entertainment, entertainment, and entertainment.

She also mentioned that her objective would be to not tolerate any nuisance and always stand up for what is right in the house because for the sake of entertainment one can’t compromise their principles and moral values.

Tejasswi is not just an exceptional actress but also a studious person. Born and raised in a Marathi family, she always enjoyed learning new stuff concerning her education due to which she pursued her graduation in the field of Electronics and Telecommunication Engineering from Mumbai University.

Tejasswi Prakash has also participated in the 10th season of Indian reality and stunt Tv show Fear Factor: Khatron Ke Khiladi, where she bravely and courageously competed in every task, despite being afraid of insects, reptiles, and fearful tasks, she still managed to whole her ground on the show, even the famous director and host of the show Rohit Shetty praised her for amazing valour which she displayed.

Unfortunately, the dazzling and fun-loving Tejasswi had to leave the show in the middle owing to her eye injury which she suffered in one of the water tasks, however, when given the chance to all other contestants to be a proxy for Tejasswi in one of the task, everyone refused which led to the end of her journey in Khatron Ke Khiladi, and Karishma Tanna turned out to be the winner of the show after defeating Karan Patel and Dharmesh Yelande in the finals.

Apart from being nominated for the prestigious Indian Telly and Gold Awards, she is also one of the highest-paid Indian TV actresses known to make numerous guest appearances on renowned shows like Ladies vs Gentlemen, Madhubala, Comedy Nights with Kapil, Thapki Pyar Ki, Ace Of Space 2, and many more.

Tejasswi has also featured on several music videos like Intezaar, Sunn Zara, KalaKaar, and Mera Pehla Pyaar. And, also did a romantic web series on Voot with the title Silsila Badalte Rishton Ka, which featured Aditi Sharma, Drashti Dhami, and Shakti Arora in the main roles.