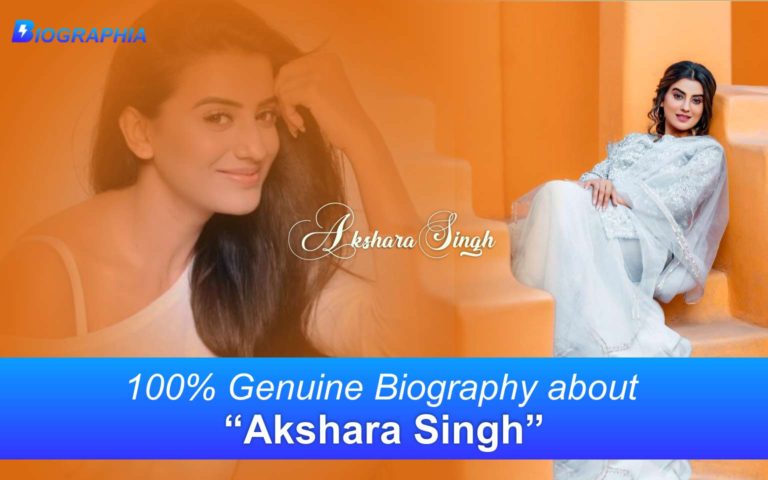 She is a well-known Bhojpuri face famous for her ravishing looks and stunning personality. By profession, she is an actress, model, producer, and host.

She has also acted in Hindi TV soap operas such as Kaala Teeka, Suryaputra Karn and Porus.

Other than her eternal beauty, she also has a melodious voice which can be heard in various song albums and movie songs.

She will be seen in the latest edition of Bigg Boss, named Bigg Boss – OTT, where she will participate as a contestant.

Known For: She is a known face in Bhojpuri cinema and has acted in films like ‘Sarkar Raj’, ‘Tabadla’, and ‘Satya’.