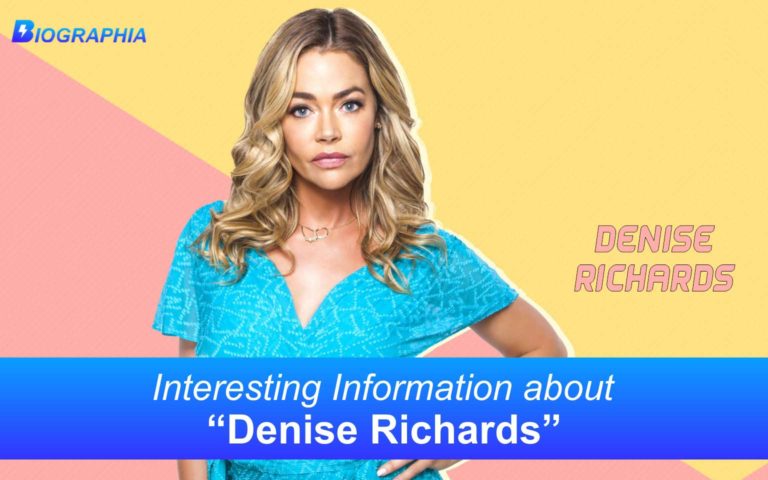 Denise Richards is one of the finest and most adorable models in the fashion world. Her dazzling personality and voguish looks males her just a phenomenal feast for the eyes.

She is also recognized for her remarkable performance as ‘Karen Desai’ in the mystery drama Tv series Twisted and ‘Jolene Butler’ in American Soap Opera titled Sex, Love & Secrets.

Richards was also placed at 5th position by FHM in its list of 100 Sexiest Women (UK), owing to her overwhelming beauty and sumptuous looks. The other female divas who were featured on the list were Jennifer Lopez, Kelly Brook, Salma Hayek, Cat Deeley, Charlize Theron, and Alyson Hannigan.

Known For: Men’s Health included her in the list of ‘100 Hottest Women of All-Time’

1. According to a news source, Denise Richards and her co-star Brandi Glanville on the reality Tv show The Real Housewives of Beverly Hills were supposed to be in an alleged affair with one another.

As Brandi revealed that she and Denise were in a relationship and Denise’s husband Aaron Phypers knew and was quite open about it. However, Denise denied such absurd claims by Brandi and soon hostility developed between both the stars, prompting Denise to leave the reality show for her own good.

1. Denise since high school wanted to pursue a career in modelling and got several modelling assignments in Paris, New York, and Tokyo.

2. Her bold and gorgeous looks made her featured on the cover page as a nude model for Playboy magazine.

3. Denise and her then-husband Charlie Sheen were in a legal battle for the custody of their two children which was later one by Richards.

5. Her scintillating looks as a model featured her on several prestigious cover pages of magazines like Cosmopolitan, Redbook, Details, Esquire, Self, Shape, GQ, Bella and Empire.

8. Denise has also made a cameo appearance in the 2009 Bollywood movie Kambakkht Ishq which starred Akshay Kumar and Kareena Kapoor in the lead roles.

1. Charlie Sheen – Denise Richards and Charlie Sheen met each other in 2001 and soon got engaged in the same year. The couple very much enjoyed the company of one another and had intense chemistry between them.

However, their married life was unable to remain on track, as Denise filed for divorce, the reason being Charlie’s violent behaviour and issues of infidelity.