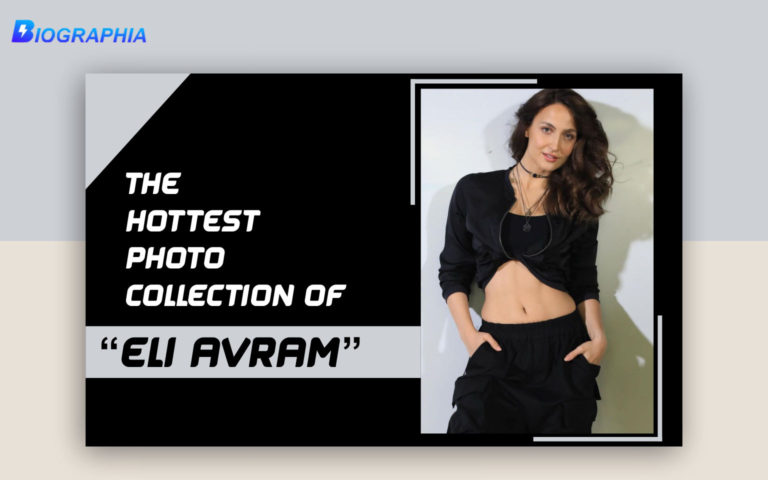 Check out Indian Swedish Actress Elli Avram Hot Photos. Elisabet Avramidou Granlund a.k.a Elli AvrRam is a Swedish Greek Indian Actress. She was born on 29th July 1990.  She was born in  Stockholm, Sweden. She was raised in Tyreso Kommun, Stockholm. Her father is Greek and his name is Jannis Avramindis.

By occupation, Eli Avram’s father is a musician who is now settled in Sweden and her mother is a Swede. Her mother is Maria Granlund and she is an actress who played a part in Ingmar Bergmans’s and Alexander.

Elli AvrRam had a deep interest in figure skating, singing and dancing from their initial years. Elli AvrRam was trained by her aunt and her mother who themselves run a theatre in Sweden.

Elli Avram in an Interview with the local Stockholm newspaper Mit said that “When she was five. She was fascinated by Indian dance and the colourful clothes”.

Since her father is a Greek musician Elli Avram found that some Greek songs are very much similar to Indian melodies.  Avram always dreamt of being a Bollywood actress since her childhood.

In her childhood days, Elli Avram used to visit a video store in Stockholm that used to sell Hindi Movies and she would buy Bollywood films from there.  She also used to watch Hindi Films on Youtube.

Hot Photos of Elli Avram wearing a sexy bikini on a beach !!

Elli Avram at the age of 17 earned membership of Stockholm based Pardesi Dance Group. Later on, she gave dance performances primarily on Bollywood songs.

Hot and Sexy Elli Avram wears a sexy red colour bikini with a designer coat on it.

Elli Avram has done some acting projects in Sweden, the most popular of them was the Crime Romance movie “Forbjuden Frukt”.

In this movie, Elli Avram played the role of Selen. She was a girlfriend to the lead character. The movie is based on a violent crime and she falls in love with a person who had a criminal record.

In 2010, Elli Avram participated in the Miss Greece beauty contest. She also appeared on the Swedish TV show Gomorron Sverige.

Elli Avram once said in an interview that her passion is to work as an actress in Bollywood movies. Her passion was seen when she was 14 and she watched Devdas continuously till the movie ended and did not move a little.  She said, Wow, she wants to act and dance as the Indian people do.

Later in September 2012 was the year when Elli Avram took her first step in modelling and came to Mumbai on a tourist visa to pursue an acting career in Bollywood. She signed up with the modelling agency and soon got a work visa. That modelling agency helped her in getting auditions.

Elli Avran’s first big life project in Bollywood was when she got a role in a TV commercial for the brand “Eveready Industries” India with leading Indian Bollywood actor Akshay Kumar.

Ellie Avram starred in the lead role in Saurabh Varma’s comedy thriller film “Mickey Virus”. Avram had a photoshoot and the person who was taking Elli Avram pictures knew a director that was looking for an actress for his movie Mickey Virus and was taking auditions for the lead role of an actress.

Ellie Avram called the director and said she was interested in coming for an audition but requested him to give the dialogue scripts of 4 pages so that she can memorize words. She faced difficulties in memorizing words and also pronouncing words as she had no knowledge of Hindi.

Eli Avram at the audition, the director and his team liked the acting but was not satisfied with her accent. Luckily she was shortlisted among 200 candidates.

Ellie Avram revealed in an interview that she told the director that her mother once used to work with famous director Ingmar Bergman. The director who auditioned was impressed because he gave a strong reaction. He was really impressed.

Ellie Avram was selected and then took formal training in dance form and took some Hindi classes for pronunciation. She was seen playing the role of Kamayani George with a popular tv host and a popular actor Manish Paul. The film Mickey Virus was released on 25th October 2013.

One thing we all notice about Elli Avram is that she looks very similar to Katrina Kaif. Elli Avram participated in BIGG BOSS 7 hosted by Salman Khan and aired on Colors TV This is the show where different celebrities compete with each other and every week one celebrity is evicted by public votes and the one who wins, at last, takes the big prize home. This show is  Dutch Based company Endemol and the show is now known as Big Brother.

Elli Avram spent 10 weeks in the house but was evicted. When She was out of the house she shared her experience and told that her intentions were never to win the prince and not for fame. She came there for fun. She further added to her statement that she was humbled by the audience’s appreciation.

Check out Hot Pics of Elli Avram has a stunning physique and her svelte figure keeps catching people’s eyes. During Mickey VIrus release Elli Avram was the sensation among youth why? Because Elli Avram is way sexier than any other hot model of India.

Elli Avram wears a sexy black bikini with a pink brief and she looks amazing.

Hot Ellie Avram wear a sexy designer dress with a coat on it and she dances in the makeup room wearing pink slippers.

Hot Photoshoot of gorgeous Elli Avram. She wear a sexy swimsuit and sit on the edge of the mini pool.