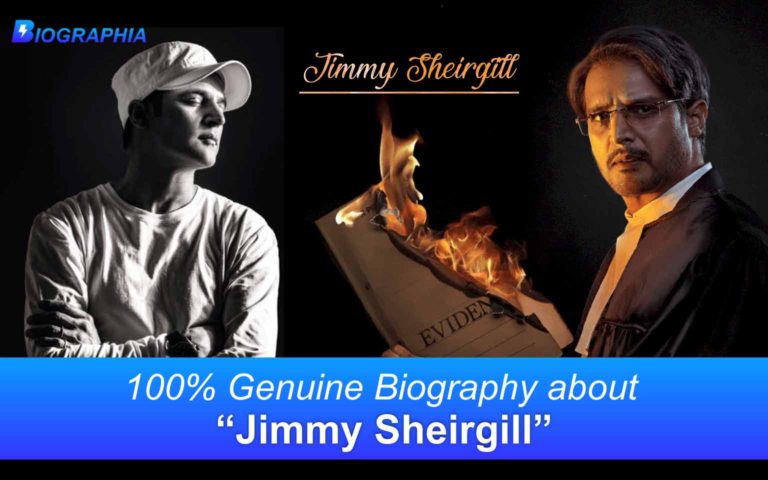 Jimmy has an ability to mesmerize audiences with his gripping performances. His intense looks and charming personality makes him a stand out performer in the industry.

Jimmy is known for his Midas touch, as he has starred in various successful films like Munna Bhai M.B.B.S, Tanu Weds Manu, My Name Is Khan, and Tanu Weds Manu Returns.

His flawless performances were also visible in web series like Rangbaaz Phirse and Your Honor.

Known For: Played the role of Karan Choudhary in Mohabbatein

1. A fatwa was issued by the Khamman Peer Baba Committee against Jimmy Sheirgill for his role in ‘Shorgul’ which highlights the 2013 Muzaffarnagar riots. The committee claimed that the actor had hurt the Muslim sentiments through his dialogues and scenes.

They further stated that Jimmy would no longer be allowed to shoot in that particular region of Uttar Pradesh.

2. In an interview with Times Now, Jimmy was asked for his take on Nepotism to which he gave a befitting reply that if his sons want to become an actor he will do anything in his power to launch him, but it’s up to the audience whether to accept him or not, if they don’t like his movies then no one can do anything within their reach to make him a star.

3. In Punjab’s Ludhiana district, actors Jimmy Sheirgill and Eeshwar Nivas along with their 35 crew members were booked under COVID-19 violation. The crew was shooting for the upcoming web series ‘Your Honor’ also starring Parul Gulati and Pulkit Makol in the leads.

But, they had passed the lockdown protocols. Though the issue got resolved, Sheirgill had to face immense trolling for the same.

1. Since his childhood, Sheirgill’s mother wanted him to become a doctor, till the 11th standard the Punjabi actor tried very hard but couldn’t succeed. He then went on to become an actor after his cousin sister convinced him to try out his luck.

3. Jimmy is a proud Sikh and used to wear a turban until 18, however, in hostels it became difficult for him to maintain such long hair and decided to cut them. Thus, the family was infuriated by him, because of his act.

4. His film Happy Bhag Jayegi was not an instant hit but later on became a super hit movie. The movie also features Diana Penty, Abhay Deol and Ali Fazal in the lead roles. Sheirgill has also acted in its sequel named  Happy Phirr Bhag Jayegi.

5. Jimmy in his illustrious career, has done only two horror films Chhodon Naa Yaar and Darr @ The Mall with Nushrratt Bharuccha.

6. He has changed his social media surname from ‘Shergill’ to ‘Sheirgill’ as the former was already in use.

7. He is an enthusiastic shopper.

8. He has produced and featured in various Punjabi movies like Tera Mera Ki Rishta, Mel Karade Rabba and Dharti starring Surveen Chawla and Rannvijay Singha in the lead roles.