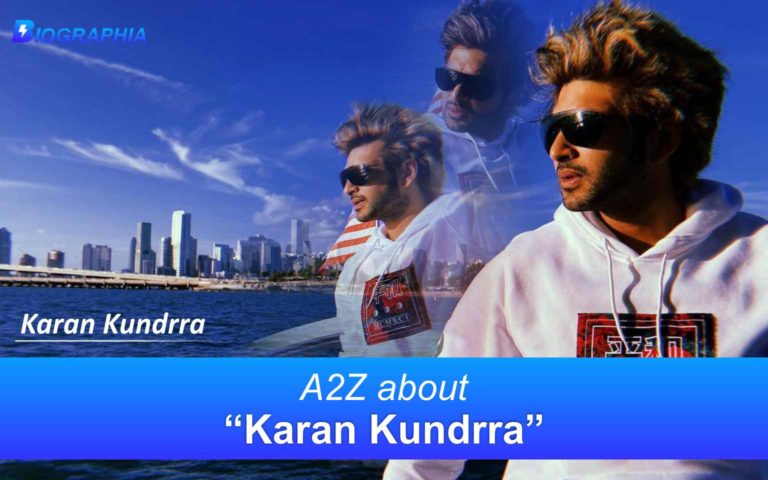 He is an Indian television and Film Actor, Anchor, Judge, and Host. He is popularly known as a youth icon due to his mass appeal and following on Facebook and Instagram, along with the shows he has hosted and judged like Gumrah, Love School, and Roadies.

Kundrra garnered instant fame at the age of 25 with the hit Indian Soap Opera ‘Kitani Mohabbat Hai’ alongside Kritika Kamra in the female lead.

After that, he hosted a crime television series ‘Gumrah End of Innocence’ which aired on Channel V India.

However, Karan owing to his popularity became a gang leader alongside Rannvijay Singh, Esha Deol, and Vijender Singh in the hit youth-based reality show MTV Roadies 12 and even led to the victory of his gang in Roadies 14.

Known For: For playing the role of ‘Arjun Punjj’ in ‘Kitani Mohabbat Hai’ and a contestant in the popular reality Tv show Bigg Boss 15 alongside Jay Bhanushali, Tejasswi Prakash, and Shamita Shetty

1. In 2017 Karan Kundrra as a gang leader in Roadies Rising got angry at a contestant for hitting his sister and in return, Karan slapped him for his wrongful deed.

The whole incident left the other judges on the show including Rannvijay Singh, Neha Dhupia, Harbhajan Singh, and Prince Narula in extreme shock as they did not expect that Karan would react in such a manner. However, Karan’s actions met their repercussions and he had to leave the show and was replaced by Nikhil Chinapa.

2. While shooting for ‘Yeh Kahan Aa Gaye Hum’ the lead actress Saanvi Talwar and lead actor Karan Kundrra had to share a kiss followed by a slap from Saanvi which was with more power than intended, as soon as the scene ended Karan walked up to Saanvi and retaliated by slapping and abusing her which left everyone in the show dumbstruck.

3. Karan Kundrra and her long-time girlfriend Anusha Dandekar finally pulled the plug on their 3-year long relationship in December 2020 where Anusha in her Instagram post mentioned that Karan had cheated and lied to her, and owed her an apology.

4. In the Raj Kundra Pornography Controversy, Karan Kundrra’s name was dragged in the mud as both the person’s last names were the same, which led people to misunderstood Karan for Raj Kundra as he faced various tweets and posts from his well-wishers to explain his involvement in the same.

1.  Facebook played a critical role in the life of Karan as one of his posts was viewed by Ekta Kapoor which later called him to audition for her new show ‘Kitani Mohabbat Hai’, Karan played a lead in the show and never looked down upon his life after that.

5. He loves listening to Punjabi songs and his favourite singer is Atif Aslam.

6. He loves cars and owns Range Rover and Mini Cooper.

7. He takes pride in his fashion sense and his favourite clothing brands are Varsace, Zara, Armani, Diesel, Ted Baker, and Ed Hardy.

9. He also launched a clothing brand with his ex-girlfriend Anusha Dandekar which was known as ‘Man Up and Woman Up’.

10. He is a strong believer of Astrology as in 2016 he added an extra ‘R’ in his last name as it will bring good luck in his life.

11. Karan can currently be seen as a contestant in the ongoing controversial reality Tv show Bigg Boss 15, alongside well-known celebrities like Vishal Kotian, Pratik Sehajpal and Nishant Bhat.