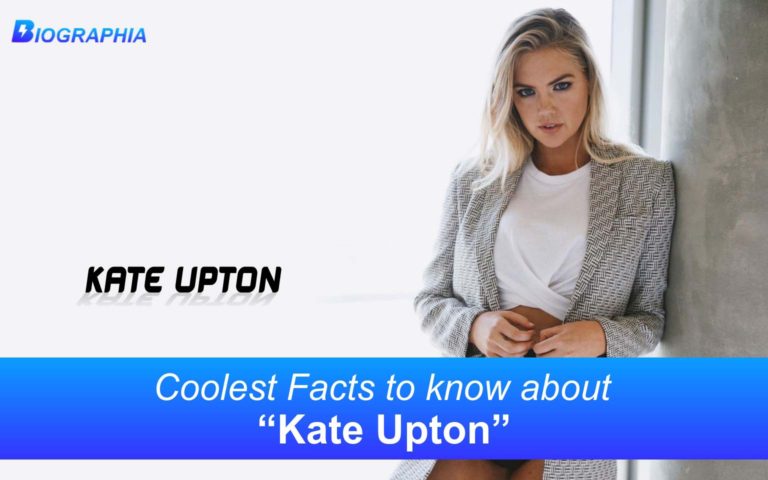 Kate Upton is the perfect example of beguiling, dazzling, and rapturous beauty. Her captivating looks and diva-like figure has made her one of the hottest and scintillating models of the world.

Upton has the second most number of appearances as a cover-page model on the Sports Illustrated Swimsuit Issue, other models who have been featured are Elle Macpherson, Bar Refaeli, Marisa Miller, and Maria Sharapova.

She is also quite famous as an actress and has worked in movies like The Three Stooges and The Other Woman alongside Cameron Diaz, Leslie Mann, and Nicki Minaj in the leads.

1. According to a news resource, Kate Upton was engulfed in a controversy when she raised her voice over an edited photo of Khloe Kardashian, where Khloe’s bikini picture was altered and posted on social media platforms.

However, despite Kate Upton’s support for the Kardashian, Upton was yet trolled by the netizens who considered her actions as a publicity stunt.

2. Kate Upton found herself amidst the 2014’s ‘Celebgate’ – Nude Photo Leak, where more than 100 individuals’ private photos and videos were hacked from their iCloud accounts.

Thus, the incident led to chaotic media buzz for Upton, leading her to file an official complaint against the iCloud service providers.

1. Upton’s bold and sizzling looks has several times featured her as the sexiest model and the most desirable woman for numerous magazines and polls.

3. Her flawless and riveting looks, led her to appear on the covers of renowned magazines like Vogue, Elle, GQ, Esquire and Vanity Fair.

4. She was named Model of the Year at the 10th annual Style Awards at the Mercedes-Benz Fashion Week in New York.

5. She is a devout Christian and gets mental peace through her prayers,

6. Upton has also played the lead role alongside Alexandra Daddario and Matt Barr in the comedy movie The Layover, where her sensuous performance was very well received by the millennials.

Read More: For more gorgeous and scintillating pictures of Kate Upton do visit our Ultimate Photo Collection of Kate Upton, which will surely blow your mind.