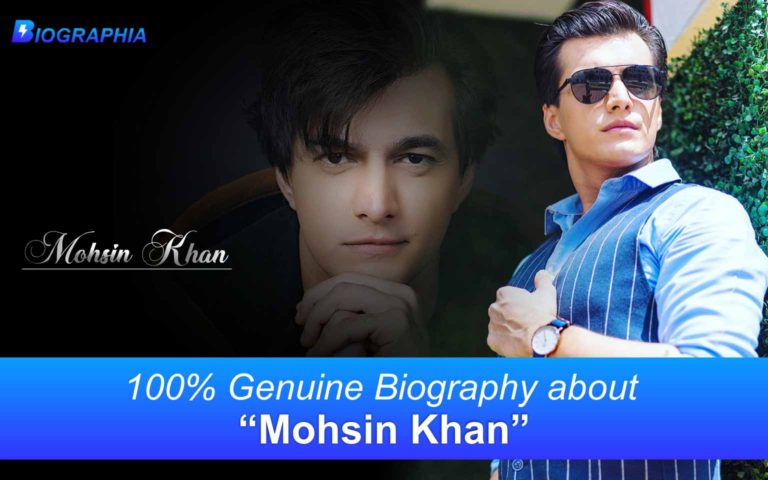 He is a chocolate boy of Indian television with his stylish demeanor and dashing looks he has made himself quite popular especially among the girls.

He is a multi-talented guy as he is a model, actor, and assistant director. He debuted as an actor on the TV show ‘Love By Chance’ in the year 2016.

His rise to fame came in the year 2016 with the second-longest Indian TV soap opera ‘Yeh Rishta Kya Kehlata Hai’ where he plays the role of ‘Kartik Goenka’.

His flawless acting was rewarded as he begged the Gold Awards for the ‘Best Debut Male’ and later on ‘Best Onscreen Jodi’ and ‘Best Actor Male’ for his show ‘Yeh Rishta Kya Kehlata Hai’.

His stunning personality was recognized all over Asia as he was ranked 6th on the list of Sexiest Asian Men.

Known As: ‘Sexiest Asian Man’ and ‘Most Desirable Man’

Known For: He plays the role of ‘Kartik Goenka’ in the second-longest Indian TV Daily Soap Opera ‘Yeh Rishta Kya Kehlata Hai’ which airs on Star Plus.

Net Worth of Mohsin Khan: US $ 2 Million

4. He is a non-vegetarian but loves eating lady finger along with pizza and sea foods.

5. He was the second assistant director on the film ‘Koyelaanchal’ starring Vinod Khanna and Suniel Shetty.

6. He made his TV debut on ‘Love By Chance’ as ‘Jignesh’ which aired on UTV Bindass.

8. His handsome looks have always been praised by his fans, which led him to work in music videos like ‘Baarish’ opposite ‘Shivangi Joshi’ and ‘Woh Chand Kaha Se Laogi’ opposite ‘Urvashi Rautela’.

10. He was also nominated for the prestigious ‘Asian Viewers Television Awards’ in the category of ‘Male Actor of the Year’ in 2017 and 2019.

12. He loves reading books, travelling and listening to music.

13. He is good friends with actor ‘Karan Kundrra’ and after the shoots of ‘Yeh Rishta Kya Kehlata Hai’ they used to enjoy a lot and play Volleyball.

14. He recently bought a new, lavish and gorgeous house in a high rise building in Mumbai.