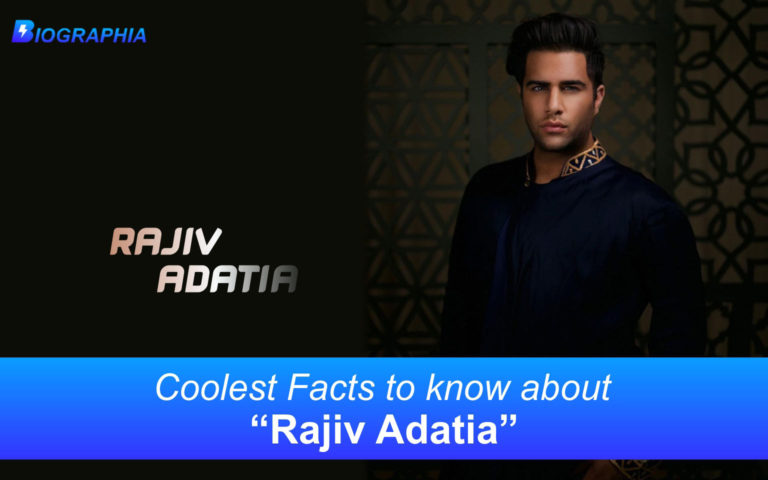 Rajiv Adatia is a London based model known for his handsome hunk personality and dashing looks.

After grinding his acting skills from Performing Arts in London, he shifted his focus towards business and became a social influencer.

Rajiv Adatia will soon be seen as a wild card contestant in the ongoing Bigg Boss 15 alongside other housemates such as Shamita Shetty, Jay Bhanushali, and Karan Kundra.

Rajiv Adatia Age: The vibrancy and radiance of Rajiv’s face make, him look like a young hunk in his mid-20’s, however, in reality Rajiv Adatia Age is 33 years (as of 2021), which is well concealed by his stringent fitness regime.

Known For: Featured in the hit reality Tv show Bigg Boss 15, as a wild card contestant which consisted of celebrities like Vishal Kotian, Tejasswi Prakash, and Akasa Singh

1. Mika Singh on his Twitter handle released a video where he criticized famous singer Sonu Nigam and said that he disagreed with the singer’s wrongful and unambiguous comments.

However, replying to Mika Sigh’s video Rajiv Adatia tweeted that Mika Singh should stop being a child as he could never match Sonu Nigam’s greatness.

1. Rajiv was born and brought up in London, but always had a strong connection with India.

2. As a social media influencer, he has met with various  B-town superstars like Neetu Kapoor, Parineeti Chopra, Mahendra Singh Dhoni, Madhuri Dixit and Bipasha Basu, which is evident from the pictures available on his social media accounts.

3. Rajiv is a wearer of many hats, as earlier he used to be a model, then he became a influncer, and now currently owns a wedding decor company named ‘Wed in Style’. However, in the Bigg Boss 15, when Salman Khan asked Rajiv Adatia Profession, he said that he worked with various Bollywood celebrities and owns an event company in London.

3. He has a deep and emotional bond with Shamita Shetty and Shilpa Shetty, as both the actresses consider him as their Rakhi’ brother.

4. Rajiv Adatia and Shamita Shetty recently, met each other in Bigg Boss 15, as he was the wild card contestant in the house. However, the controversial reality Tv show also consists of 13 other contestants like Pratik Sehajpal, Afsana Khan, and Umar Riaz.