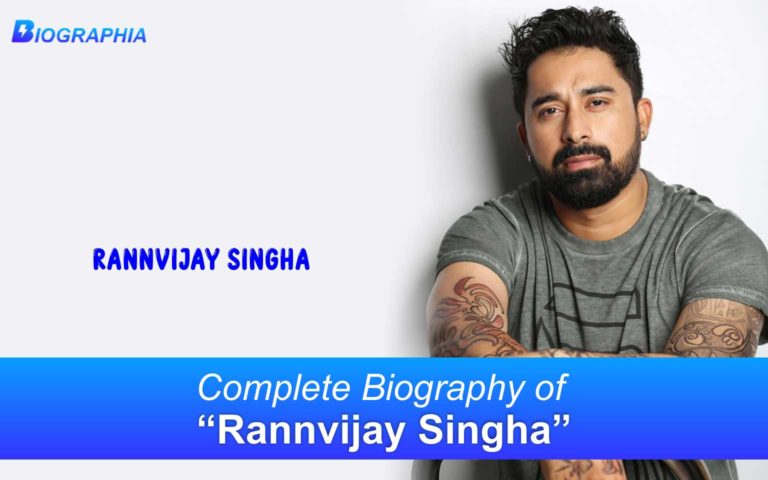 Rannvijay has always been a hotshot for the Indian youths. His bold and macho looks have helped him to gain instant fame in the industry.

His never to say die attitude made him the winner of the task-based reality show MTV Roadies in 2003. The show took him to new heights in his career and gave him instant fame, glory and fans.

His handsome hunk appearance led to his entry into Bollywood with Toss: A Flip of Destiny. Soon, he acted in London Dreams with Salman Khan and Ajay Devgn. He was also part of Action Replayy, which starred Akshay Kumar and Aishwarya Rai.

He has been a true youth icon as the TV shows he has hosted like Roadies, Splitsvilla with Sunny Leone, and Ace of Spade all have focussed to inspire and motivate youth towards their goals.

Known For: Winner of the 1st Season of MTV Roadies. Acted in films such as Toss: A Flip of Destiny and London Dreams.

2. He was the winner of MTV Roadies Season 1. Since then, he has remained an integral part of Roadies either as a Host or a Gang Leader.

3. Rannvijay’s stint on Roadies made him a good friend with actor and model Karan Kundrra. The show also has some popular names like actress Neha Dhupia, DJ and Host Nikhil Chinapa and Lyricist Raftaar as the gang leaders.

4. Rannvijay has also featured in the first episode of NBA Slam along with an ex-Roadie and VJ Varun Sood.

5. Rannvijay has a special affinity with MTV Roadies 12 winner Prince Narula as he treats him like his younger brother and feels proud of all his achievements.

7. He debuted in Bollywood with Toss: A Flip of Destiny and went on to act in films such as London Dreams, Action Replayy, Mod (Film) and 3 A.M. A Paranormal Experience.

8. His debut Punjabi movie alongside Jimmy Sheirgill was Dharti in 2011.

9. He is a sneakerhead with a collection of 400 pairs of shoes comprising of Air Jordan’s Obsidians, Defiance, Shadow, and Milan.

10. He is an avid comic book collector and owns various special editions of the Wolverine and Batman series.

13. He is a close friend of the famous Indian cricketers Yuvraj Singh and Harbhajan Singh.

1. Anusha Dandekar– Rannvijay Singha and Anusha Dandekar met each other on MTV Roadies in 2003. Soon, they became close and started dating. The couple finally broke up in 2009 due to personal reasons.

2. Priyanka Vohra – Rann and Priyanka met through a mutual friend and immediately felt a connection between them. The couple tied the knot in 2014 in Kenya.