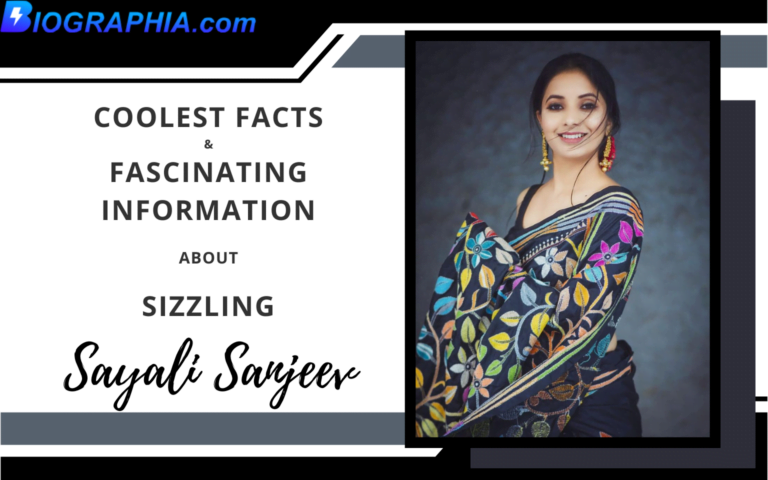 Do read the latest and updated Sayali Sanjeev Biography. Sayali Chandsarksar is also professionally known as Sayali Sanjeev. She is a well-known actress, singer, dancer, and director and has worked in various tv sitcoms. She hails from Mumbai, Maharashtra.

Apart from various Indian sitcoms, she has worked in various Marathi Films like Basta, jhimma, Goshta Eka Paithanichi, and AB Aani CD. Her acting career started with a television sitcom with Kahe Diya Pardes of Zee Marathi and she did her first film debut with Atpadi Nights.

Sayali has worked in the film Basta directed by Tanaji Ghadge. In 2019 she has worked in various drama films Goshta Eka Paithanichi and Rajshri Marathi youtube. In 2021 she was also seen in a web series like Shubhmangal Online which was aired on  Voot Application.

One of the achievements of Sayali Chandsarkar was getting appointed as a deputy president of their film labor wing.

Known For: Her impressive performances in Marathi and Online Web series.

Net Worth of Raashi Khanna: Not Available

She was born and raised in Mumbai, Maharashtra.  In her early life when she just started acting and was thinking to make a career in acting she used to participate in a theatre play ‘Langda Mor’. She was awarded the best actress award for her exceptional performance.

In 2014 Sayali participated in Jhakaas Heroine sponsored by Lux. The Soap was broadcasted on 9x Jhakaas.

Sayali was nominated as best actor for the leading role for ‘Atapadi Nights’ at the Filmfare awards Marathi 2020.

In 2021 she won colors Marathi Awards for her performance as she played the role of Sharvari Gavaskar in the Marathi show Shubhmangal Online.

Sayali is a trained Bharatnaytam and Katak Dancer.

She is a fitness freak and loves practicing yoga.

Sayali is an avid dog lover.

Sayali is a nonsmoker and nonalcoholic as we already mentioned she is a fitness lover and practices yoga.

Sayali has been modeling and started early right from her college days and she has participated in many fashion shows and pageants.

Sayali has also written and directed a short film that is “You in my Dream”.

Apart from being an actress Sayali is also a good singer and has sung the song “Mi Baavari” from the album “Aathavto ka Tula”.

Apart from singing dancing and acting in various soaps and movies Multi-talented Sayali has been featured in many TV commercial Advertisements like Quickr, Birla Eye Care, Colgate Active Salt Neem Toothpaste, and many more.

Please See: Top 12 Hot Photos of Sayali Sanjeev you should not miss!!

Dont Miss: 5 Times when Urfi Javed was mercilessly Trolled by trollers for showing off