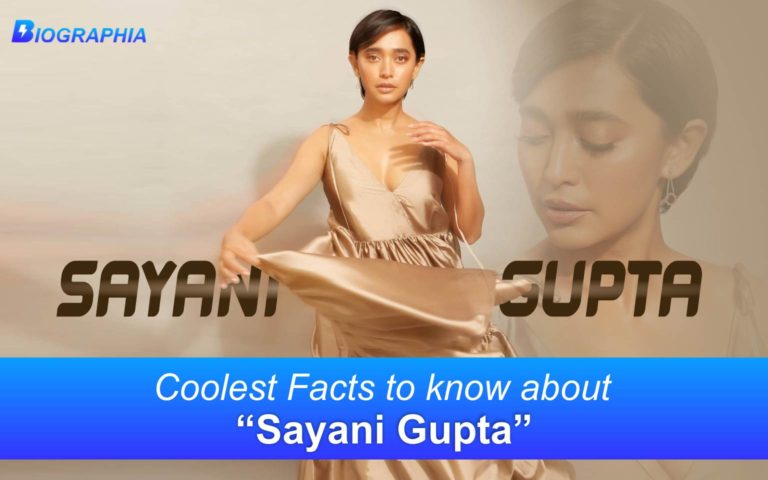 A girl who is trained from Film and Television Institute of India(FTII), now leaving her mark in Bollywood Movies by her performance.

Her first film was “Second Marriage Dot Com” where she played the role of Poonam. Moreover, she got fame from “Four More Shots Please!” which is a web series that was premiered on Amazon Prime.

She appeared in supporting roles in films like- Fan, Jolly LLB 2, and Article 15, wherein she received a good response from critics for her acting skills. She also appeared in the short film “Leeches” wherein she played the role of Raisa.

She is also a singer and and sang a song name “Kahab To” in the film Article 15.

Known For: For her acting in Bollywood movies.

Father- Kamal Gupta (Musician and Worked at All India Radio).