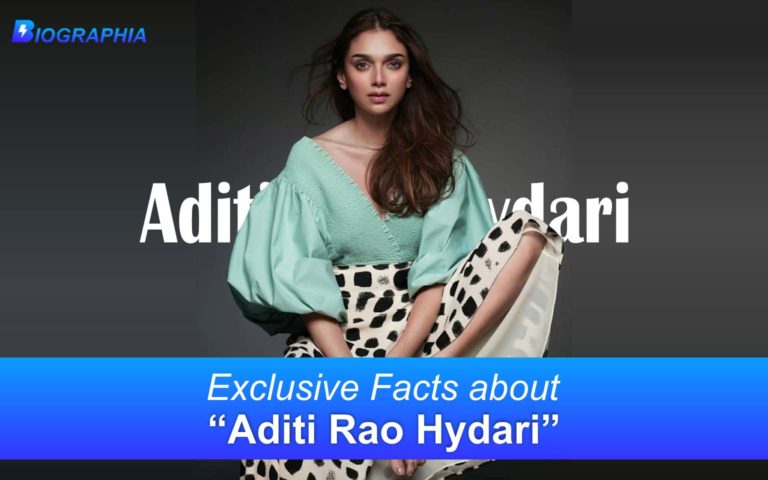 Aditi Rao Hydari is an Indian Film Actress and Singer grabbing the spotlight in Bollywood. She has always been fond of dancing and is a qualified Bharatnatyam Dancer. She made her acting debut with the 2007 Tamil film “Sringaram”, in which she enacted the lead character, as a Devadasi.

In 2019 she was awarded by the IIFA Award for “Best Performance In A Supporting Role (Female)” for the movie “Padmavat”. She won the “Best Debut Actress Award” at the Zee Cine Awards Telugu, and Special Jury Award at TSR TV9 Awards.

Known For: Her recognizable performance in the movie “ Yeh Saali Zindagi”

Religion: N.A. (As her father was a Muslim and mother belongs to Hindu religion)