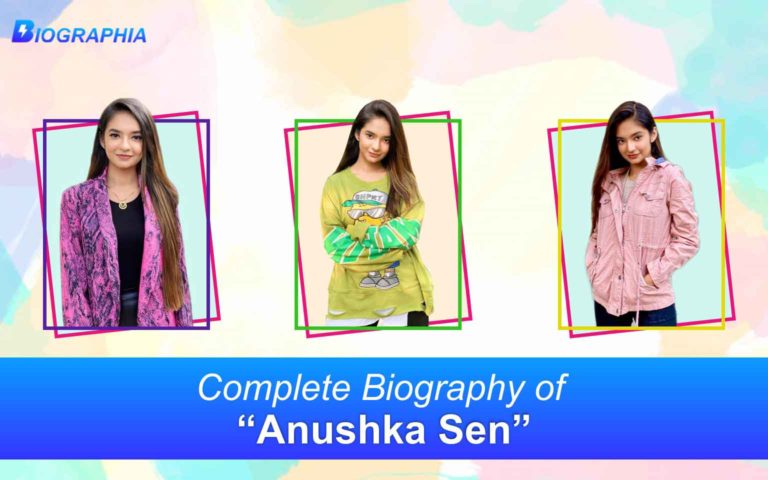 She is a famous Indian child actress and model. She started her career as a child in 2009 in the serial ‘Yahan Main Ghar Ghar Kheli’.

She gained immense popularity with her character of Meher in the tv serial ‘Balveer’.

She is a famous personality on Instagram and has 21M followers.

She was recently seen in a stunt-based show named Khatron Ke Khiladi.

She got into the limelight because of her controversy with Megha ray considering that she was replaced.

She is hardworking and is extremely professional.

Net Worth of Anushka Sen: $1m

It’s barely been three weeks since Apna Time Bhi Aayega has been aired and the makers of the show have decided to replace no less than the protagonist. Anushka Sen, who plays Rani Singh, in ‘ATBA’, has been replaced by Megha Ray of ‘Dil Ye Ziddi Hai’ fame. The makers of the daily soap claim that they had been planning to rope in a new actress to play the central part for quite some time. However, team Anushka maintains that it was their call to end the association, as shooting for the show had taken a toll on her health.

Producer Ved Raj said, “It’s not an easy decision for any producer to replace the lead actor after 18 episodes. We have been pushed to the wall and have had to make this change. Anushka had been throwing tantrums from the beginning.”