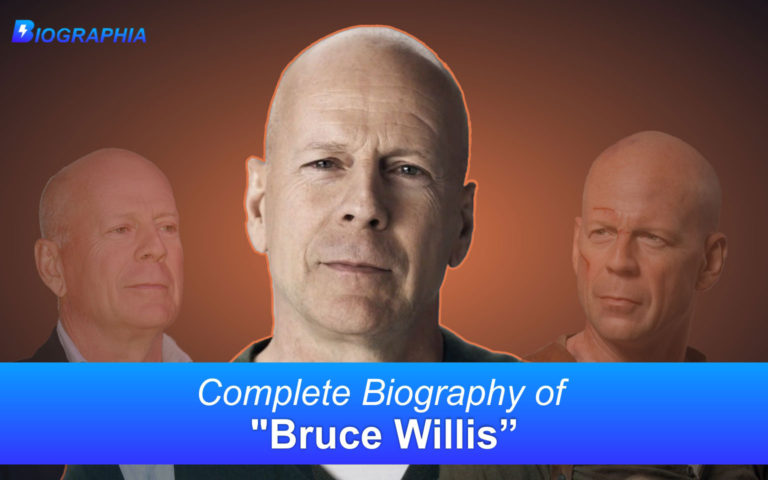 Walter Bruce Willis, better known as Bruce Willis is an American television and movie actor famous for portraying versatile roles. He made his debut with the television series ‘Moonlighting’ playing the role of David Addison.

However, he first appeared on the screen with an uncredited role in The First Deadly Sin. He is famous for his action roles in Die Hard and The Sixth Sense. He also released a pop-blues album ‘The Return of Bruno’.

He had a stuttering problem which he overcame by performing on the stage. He came from a family of blue-collar workers; he did a lot of menial jobs before he started doing professional acting.

Known For: For his performances in action films, especially the Die Hard series.

Known Languages: German and English (In an interview he told that he can also speak a little bit of Spanish).

Religion: He practiced Lutheranism at some point in his life but doesn’t practice it anymore. He stated organized religions are a dying form that is no longer needed.

While the actor continues to win the hearts of millions, he has developed quite a bad reputation among a few Hollywood collaborators.

Filmmaker Kevin Smith regarded Willis as his hero. They both worked together in 2007’s Live Free or Die Hard, developed a mutual admiration, and also decided to work together again.

Willis was spotted at a Rite Aid in Los Angeles all geared up but with one thing missing, a mask. He straightaway refused to wear one and walked out of the store without purchasing anything. Although, he was wearing a Bandana but refused to pull it up to the nose and mouth too.

He was born in Germany, his father was American while his mother was German.

His father David Willis, was an American soldier deployed in Germany at the time when he married Bruce’s mother Marlene.

After retiring from the army, his father worked as a welder and mechanic and his mother worked in a bank.

The reason for their divorce is unknown.

Even after the divorce, he has maintained a friendship with her and her husband Ashley Kutcher.

He married model Emma Heming in 2009 and they have two daughters, Mabel Ray and Evelyn Penn.

Willis has starred in a lot of movies and TV shows and is famous for his action and dramatic roles, here is a list of his few movies/TV shows:

The extremely talented actor, Bruce Willis has won a ton of awards some of which include: