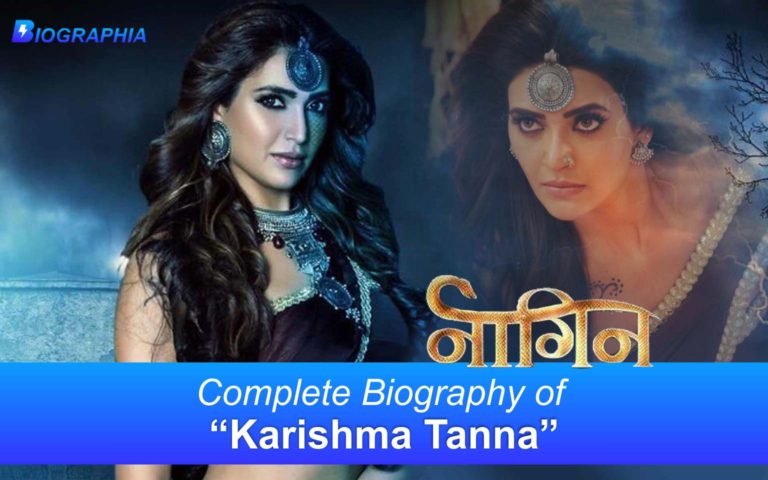 Karishma Tanna the actress, model, and anchor started her TV journey with popular daily soap “Kyunki Saas Bhi Kabhi Bahu Thi”, but made a lasting impact on the audience’s mind by participating in numerous reality shows such as Comedy Circus, Bigg Boss 8, Nach Balliye, Khatron Ke Khiladi and Jhalak Dikhhla Jaa. She has always been in the news and controversies.

Currently, Actress has bagged a cameo role in the biopic on Sanjay Dutt and says the experience of working with director Rajkumar Hirani and actors Ranbir Kapoor and Vicky Kaushal was a lot of fun.

Karishma and Upen Patel(a contestant of Big Boss) started dating each other after Big Boss 8 and participated in Nach Balliye 7 and hosted MTV Love School together. Their breakup became a big controversy in 2016 as they clashed on Twitter.

She will make her Television comeback with Life OK’s fantasy fiction drama, Nagarjuna.

She can also be one of the leading ladies in Ekta Kapoor’s popular show Naagin 3 and replace Mouni Roy who made the show such a big hit. Will we see Karishma’s Naagin avatar in Naagin 3?. Well, we have to wait for it.

1) In childhood, she was severely sick and had to go through the proper antibiotic course to get healthy.

Because of that she started getting skin allergy problems and use to get a lot of pimples on her face and body, to cure that she had to take Ayurveda medicine help to cure her pimples.

2) She lost her father at an early age and she is very close to her mother.

4) She always had controversies regarding her personal life. His ex-boyfriend Rushabh claimed, “She started dating Upen Patel (Big Boss) while she was still in a relationship with him.”

5) She is famous for her Big Boss journey and fights inside the Big Boss’s house.

Read More: For more gorgeous and scintillating pictures of Karishma Tanna, do visit our ultimate photo collection which you may not have ever seen before.