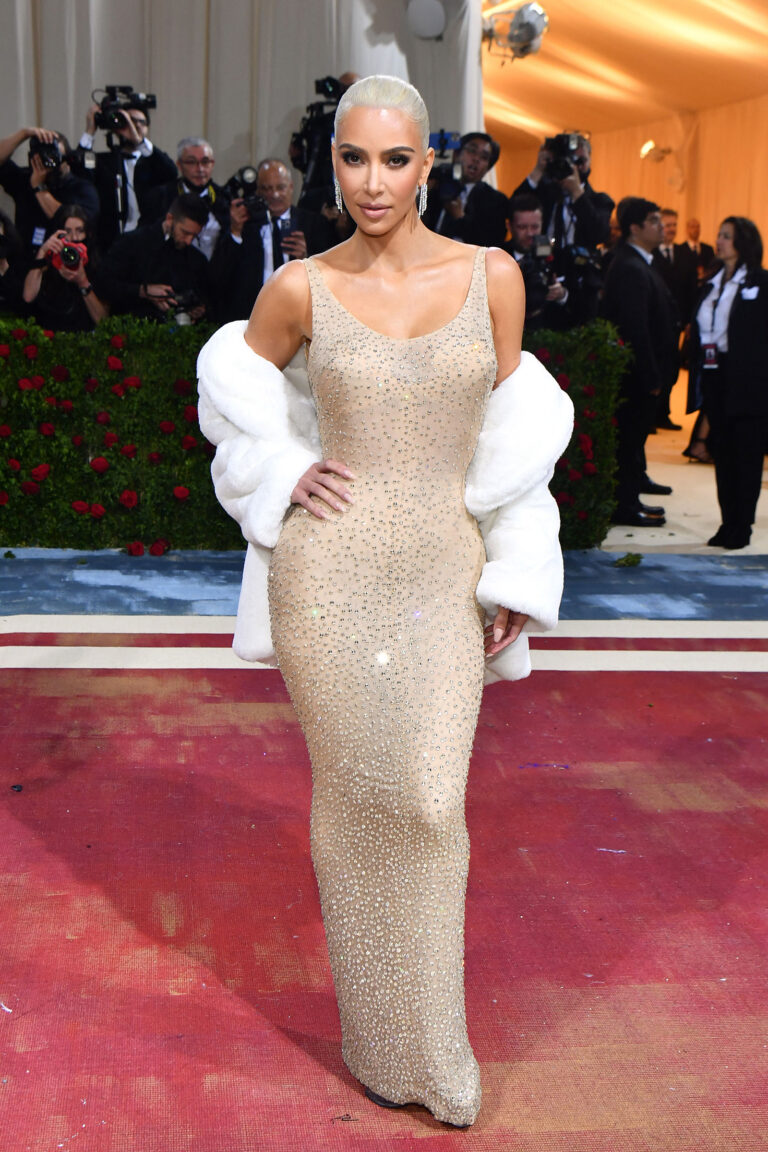 Kim Kardashian is a well-known Hollywood actress and a socialite. There is a lot to learn about this multi-talented and millionaire Hollywood celebrity who enjoys a massive fan following not only for her acting skills but also for her hot hourglass physique. We tried covering every piece of information about Kim Kardashian in this post and also shared some of the interesting secret facts about Kim Kardashian that worth reading. So don’t miss any. Scroll Ahead to learn more about the American Socialite Kim Kardashians.

After Kim Kardashian’s parents got divorced. Kim’s mother remarried Bruce Jenner to whom Kim’s mother has 3 kids are also mentioned below with Surname Jenner.

Kim Kardashian was seen in the Famous TV Show “Keeping up with the Kardashians” alongside her mother. The show was a massive hit and became one of the highest-rated shows within the first month. In 2013 the show Keeping up with Kardashians completed its 100 episodes.

Kim Kardashians played the role of ‘Lisa’ in the film “Disaster Movie” in the year 2008.

In the year 2008 Kim Kardashian announced that she will take part in the reality dance show “Dancing with the Stars”.

In the year 2009, Kim Kardashian appeared as a guest on the famous TV show How I Met Your Mother.

Apart from appearing on the Reality TV Show  Kim Kardashian was seen endorsing various brands like ShoeDazzle shopping, and the vanilla cupcake mix flavor called ‘Va-Va-Va-Nilla of the bakery and ‘ Famous Cupcakes’.

In the year 2009 Kim Kardashians launched a DVD titled “Fit in Your Jeans” by Friday’ on Fitness. This was featured by fitness trainers Jennifer Galardi and Patrick Goudeau.

In 2009 Kim Kardashian was not only seen as a guest post on the wrestling show “WrestleManiaXXIV”.

Kim Kardashian also appeared as a guest judge on the show ‘America’s Next Top Model’.

Kim Kardashian was seen as a guest star in the famous TV Show ‘CSI: NY’ alongside Vanessa Minnillo.

In the year 2013 Kim Kardashian offered her voice in the adult animated series “American Dad”.

Kim Kardashian was seen on the cover page of the fashion magazine “Paper”.

Kim was seen multiple times on the cover page for the famous Magazine Vogue and she later also released an emoji pack for IOS devices called Kiomji.

Kim Kardashian’s wax figure is prepared and placed in the Newyork branch of Madame Tussauds.

An Interesting fact about Kim Kardashian that went unnoticed by many netizens was that Kim got married at the age of 19 to music producer Damon Thomas. Kim alongside Damon Thomas filed a divorce in 2003. Kim placed charges on him for emotional and physical abuse. The same was the reason for the separation of Kim from Damon Thomas.

In August 2013 Kim was engaged to a basketball player Kris Humphries only to file a divorce within 72 days of their wedding.

Kim’s statement caught media attention and she was in trend both online and offline when she announced in the month of December 2012 that she is pregnant with rapper Kanye West’s baby. She was pregnant with Kanye first child. She gave birth to a daughter and later named her North West. She was born in Cedars Sinai Medical Center in Los Angeles.

Kim Kardashian’s and her husband Kaynes west named their daughter Chicago West. She was born via surrogate on Jan 15, 2018.

In the month of January year 2019, Kim Kardashian announced that a second boy is on the way and her baby boy was born via Surrogacy again.

Kim Kardashian has six piercings on her body. She has a piercing on her belly button, one in her right ear and four on her left ear.

Kim Kardashians in her childhood was never afraid of Bees. She used to hold and even play with the bees. If she was not what she is today. Imagine her being a Beekeeper.

One of her biggest regret for Kim Kardashian that she is living with or we can say she will have to live with is the infamous Sex tape scandal in which she was seen enjoying with Ray J. Once in the interview she revealed that “That is something that I have to live with for the rest of my life. That is something that is being held over my head. I try to not live with any regrets, but it’s probably the one thing I wish didn’t exist. If I could erase any of the stupid things I’ve done in life, that’s probably it and it’s more so from being a mom than anything.”

Kim Kardashian has a massive fan following and there are a bunch of women who try to copy Kim but what these doppelgangers cannot copy is that if you see Kim Kardashian’s eyeball so you will see a freckle.

Awards and Nomination of Kim Kardashian