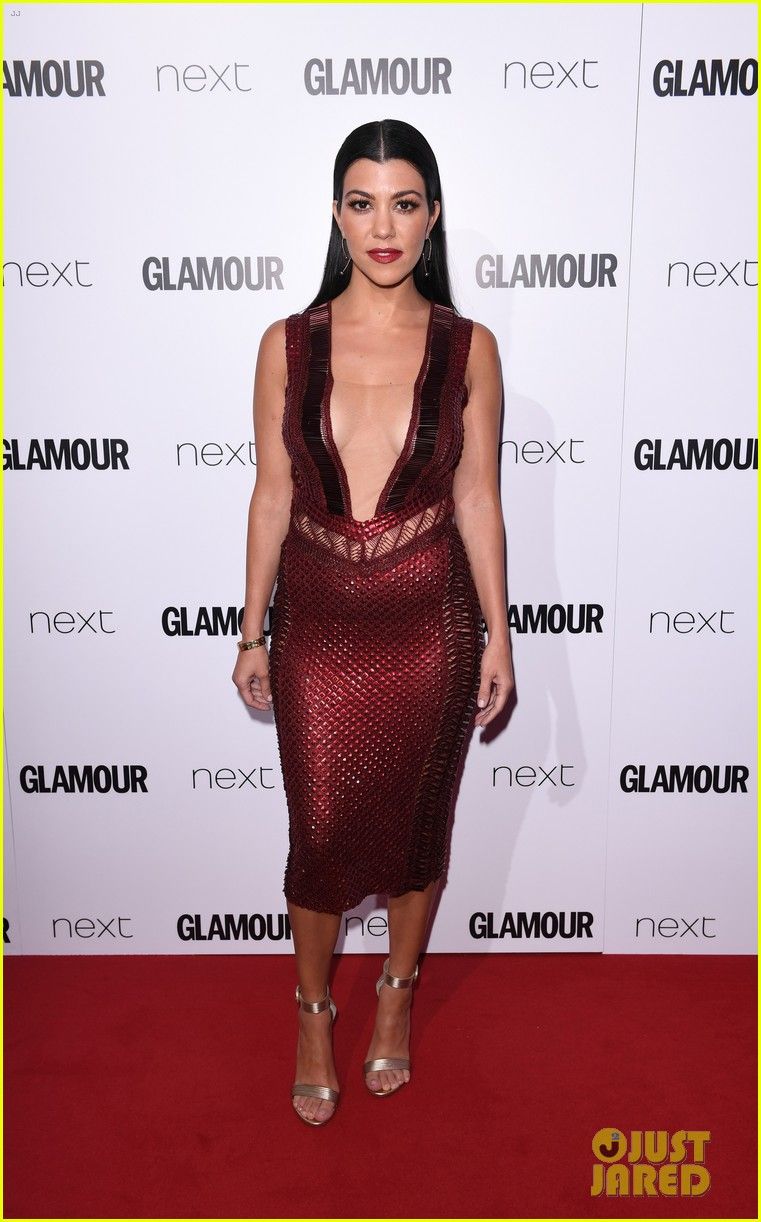 Kourtney is one of the eldest among all sisters in the Kardashians family and she is a well-known businesswoman, actress and model.

To know more about Kourtney Kardashian read her complete biography in this post and do not miss the interesting facts section as we tried to cover her childhood, struggling days, marriage life, breakup, achievements and success.

We hope you will enjoy reading it. So without wasting time. Please Scroll Ahead!!

Many of Kourtney’s Kardashians fans and followers do not know that she broke her collar bone after she fell off a swing at the age of 5.

A funny fact about Kourtney Kardashian which makes people laugh is that she use to have a bowl haircut until the age of 5 and that use to make her look like a boy.

One of Kourtney Kardashian’s childhood hobbies was sewing clothes and she used to sew clothes for herself and for her friends.

Kourtney’s Kardashians’ first job role was to yell “Cut” and “Rolling” at a movie production house all day.

Kourtney Kardashians is the first to get a degree in the Kardashians family. She holds a bachelor’s degree in Theatre Arts with a minor in Spanish.

We don’t exactly know if this is Kourtney Kardashian’s childhood habit or if she had developed this habit as she grew up that she likes her house and her belonging everything to be neat, organised, arranged and cleaned even her refrigerator.

Kourtney Kardashian had her breast implant at the age of 22.

Kourtney Kardashian was the first family member of the Kardashian family to appear on the famous Television Show “Filthy Rich: Cattle Drive” in the year 2004- 2005.

Kourtney Kardashian is the eldest in the family and despite having a popular celebrity sister Kourtney has managed to earn her name and fame.

Kourtney likes to shop more for her children rather than for herself as she likes dressing them up because they all are so cute.

One of the interesting facts about Kourtney Kardashian is that she along with her family appeared on an E!’s reality tv show “Keeping up with the Kardashians”. Kourtney being the part of that show has earned her name and fame from it.

American Model Kourtney Kardashian made her acting debut when she was seen portraying the character of an attorney Kassandra Kavanagh in ABC’s television soap “One Life to live” followed by “Kourtney and Khloé”.  “Take the Hamptons” followed by the television soap “I am Cait”. She also had a recurring role in the series “Dash Dolls” during that year.

Before Kourtney Kardashian turned into a businesswoman she was a model and a well-known actress who earned her name by doing television shows and impressing audiences apart from it she likes to upload her hot photos on her Instagram to keep her fans and followers engaged.

Kourtney is not only a successful model and an actress but she is also a successful businesswoman as she has launched various fragrances and clothing lines like along with her mother bringing a clothing boutique clothing line “Smooch”. They have many several stores around Newyork, USA and Los Angeles, USA.

Kourtney Kardashian started dating Scott in the year 2006. Scott proposed to Kourtney and the couple tied a knot with each other and were blessed with a child who they named Mason Dash Disick in 2009 followed by a second child a daughter whom they named Penelope Scotland Disick followed by a third child who they named Reign Aston Disick born in 2014  but unfortunately couple broked in the year 2015 according to E! News.

Kourtney after her breakup dated Younes Bendjima from 2017 to 2018 which did not go well and she end up having an unofficial marriage with Travis Barker. Kourtney and Travis officially tied a knot at Saint Barbara on May 22, 2022, in Portofino, Italy.

Kourtney Kardashian’s mother divorced her father when she was 12 and end up having a second marriage with Bruce Jenner in 1976. Bruce is an Olympic gold meta champion for Declaration which whom her mother had 2 children but both got separated after 22 years of their weddings.

Kourtney Kardashian enjoys a massive fan following on all of her social media handles. 189 Million followers on Instagram, 19 Million on  Facebook, and 229K Subscribers on her official Youtube Channel.