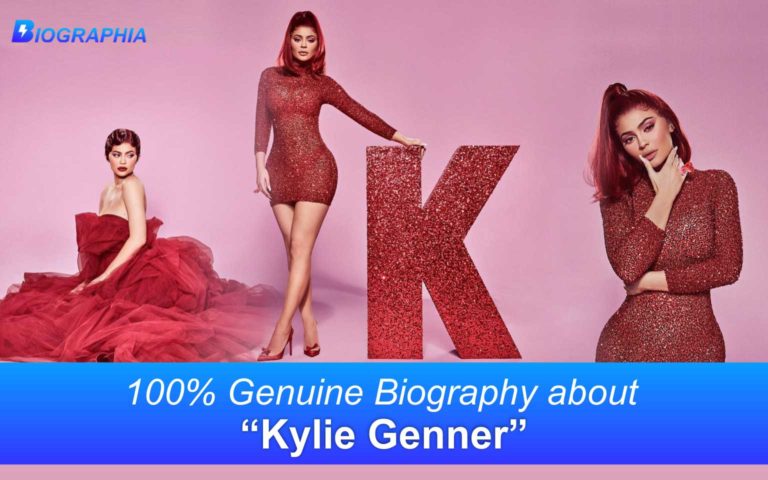 We all must have heard of beauty with brains in some part of our lives, well Kylie Jenner is one such celebrity; with her splendid looks and clever brain, she has achieved great heights which one can only imagine in their dreams.

She is a talented woman and has the innate ability to manage different professions at the same time. She was seen, first in the American reality TV show Keeping Up with the Kardashians as the main cast, the show made her an overnight superstar in the coming years.

Her sizzling looks and bold personality made her featured in various popular music videos like Find that Girl, Stimulated, and I’m Yours.

Other than her acting career, she is the youngest person on Forbes’s list of 100 Richest Self-Made Women in 2020. She is the founder of the famous cosmetic company Kylie Cosmetics.

Kylie in a short period has become an internet sensation as she has 266 million followers and is the most followed woman on Instagram.

Known For: Appearing on the reality show Keeping up with the Kardashians and for creating her cosmetic line called ‘Kylie Cosmetics’

Favorite Book: Only Love is Real: A Story of Soulmates Reunited, ‘The Pretty Little Liars Series.

Net Worth of Kylie Jenner: $700 Million

The announcement of this line of products was met with Swift Backlash from relatives and representatives of the figures depicted on the shirts themselves, including Sharon Osbourne, Jim Jampol, and Voletta Wallace, mother of Biggie Smalls.

They were also criticized on Social Media and were called “insensitive.” Wallace, The Doors’ manager and the estate of Jim Morrison issued a Cease-and-desist letter to the Jenner Sisters, writing that they did not authorize the sisters’ use of the likenesses of these musical icons. The Jenners apologized for the shirts and pulled them from retail.

Kylie Jenner appeared on the cover of the August 2018 issue of Forbes.

The magazine claimed she had a net worth of $900 million and that she was on the verge of becoming the youngest “self-made” billionaire.

This would beat Mark Zukerberg, who became a billionaire at age 23. However, the publication’s use of the term “self-made” sparked widespread denunciation and jokes online.

Critics argued that Jenner was already born into fame and fortune. In May 2020, Forbes released a statement accusing Jenner of forging tax documents so she would appear as a billionaire. The publication also accused her of fabricating revenue figures for Kylie cosmetics.

The same day, Jenner responded in a series of tweets, writing:

“What am I even waking up to? I thought this was a reputable site. All I see are several inaccurate statements and unproven assumptions lol. I’ve never asked for any title or tried to lie my way there EVER. Period”.

However, Jenner became the youngest person on Forbes‘s 100 Richest Self-Made Women list in October 2020. She is the only person on the list in her 20s and is worth $700 million.

Jenner has been accused of appropriating African-American and style.

In 2016, Jenner was criticized for posting a photograph of herself wearing cornrows on Instagram. In June 2017, urban streetwear brand Plugged NYC accused Jenner of stealing their designs for her collection of camouflage swimwear.

Watch Out: For more gorgeous and scintillating pictures of Kylie Jenner do visit our Ultimate Photo Collection of Kylie Jenner, which will surely sweep you off your fee