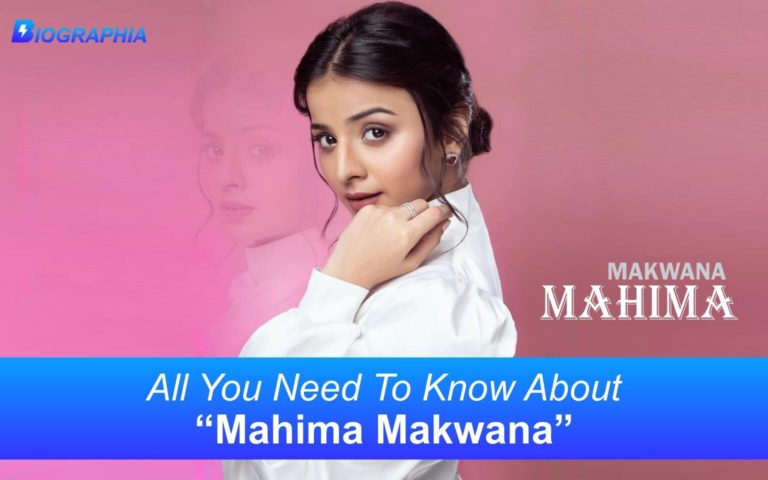 Her unique acting style, child-like innocence and captivating performances make her the most promising talent of the Indian Tv industry, as she has worked further on various popular Tv shows like Adhuri Kahaani Hamari alongside Laksh Lalwani in the main role, Rishton Ka Chakravyuh starring Narayani Shastri, and Shubharambh featuring Akshit Sukhija in the lead.

Mahima with her unparalleled acting potential will soon be seen, winning the hearts of the audience through her debut Bollywood movie Antim: The Final Truth starring the acclaimed and decorated superstar Salman Khan, Aayush Sharma, and Pragya Jaiswal in the prominent roles.

1. Mahima Makwana and Laksh Lalwani were dragged into a new controversy at the Holi celebration of their show Adhuri Kahani Hamari, where it was reported that a rift was developed between the lead stars of the show. And, another news which also resurfaced was that Mahima had slapped Laksh owing to his indecent behaviour.

However, Laksh cleared the air from the controversy and said that all the reports and news regarding their fight was false and both of them hold tremendous respect for one another.

2. Mahima once had a huge tantrum on the sets of Adhuri Kahani Hamari when she was asked to enact an intimate scene with her co-star Laksh Lalwani. She refused to do the scene and stalled the shoot for hours.

Finally, the matter got resolved when the director changed the whole scene and all the intimate scenes were entirely scrapped from the scripts.

1. Mahima started her acting career when she was merely 10 years old, and as a child artist, she portrayed several phenomenal characters like ‘Young Gauri’ in the popular TV soap-opera Balika Vadhu which starred Toral Rasputra and Sidharth Shukla as the leads and ‘Young Nupur Bhushan’ in Miley Jab Hum Tum which included the cast of Arjun Bijlani and Rati Pandey.

2. Mahima made her big-screen debut with the Telugu crime thriller Venkatapuram and went on to star in another Telugu movie titled Mosagallu which starred distinguished actors like Vishnu Manchu, Kajal Aggarwal, and Suniel Shetty.

3. She lost her father at a very young age, he was a construction worker.

4. Mahima is an avid dog lover.

5. She follows a simplistic approach when it comes to make-up or flaunting her fashion style. As she believes one’s inner beauty should speak more rather than one’s outward appearance.

6. She loves spending her free time with her family.

7. Mahima’s upcoming movie ‘Antim: The Final Truth’ would be her first Hindi language movie and will also mark her entry into Bollywood. The star cast of the movie also includes Salman Khan as the protagonist and Aayush Sharma as the antagonist.

8. She has also featured in a couple of crime-thriller web-series like Rangbaaz Season 2 starring Jimmy Shergill, Sharad Kelkar, and Mohammed Zeeshan Ayyub in the leads and Flesh alongside Swara Bhaskar and Akshay Oberoi in the main roles.