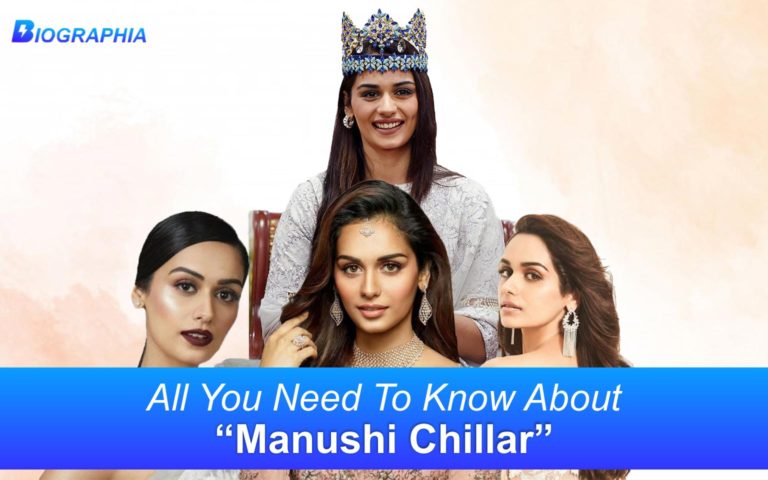 Manushi is the perfect personification of eternal beauty. Her exquisite looks, gorgeous demeanour and gracious smile accentuate her personality to the next level.

There is no wonder that in a single calendar year of 2017, she won both the title of Femina Miss India and Miss World. The victory turned out to be a remarkable moment, as it brought fame, glory and prestige to Manushi’s modelling career.

She has also garnered immense popularity across the world through her social activism. She has even started a campaign named ‘Project Shakti’, aided by the Haryana government which focuses on menstrual hygiene in the villages.

Manushi is known for her elegant dressing style and stylish looks which has made her the Most Desirable Woman of India.

She will soon grace Bollywood with her upcoming film Prithviraj starring Akshay Kumar and Sanjay Dutt in the lead roles.

1. Manushi after winning the Miss World title returned to her college to resume her MBBS degree. But, the college administration didn’t allow her to take the examination as she did not meet the admission criteria necessary for a student to sit in the exams.

Soon, after this news broke out, she was questioned by a lot of media houses, but she remained silent on the whole controversy.

2. Shashi Tharoor, an Indian politician took a dig at the Central government through his tweet stating that the government’s decision to demonetise the country’s currency was wrong, instead they should be aware of the fact that we dominate the world, as our country’s, ‘Chhillar has become Miss World’. After this tweet, everyone expected that Miss World, Manushi Chhillar would give a befitting reply to the politician, as Tharoor used her surname in a demeaning way.

But, Manushi, in return, took it in good spirits and replied through her Twitter account that she will not be upset over such tongue-in-cheek remarks.

1. Manushi hails from an educationally rich family as her father is a scientist in Defence Research and Development Organisation and her mother is an associate professor at the Institute of Human Behaviour and Allied Sciences.

2. Since her childhood, she was quite studious. In her 12th Board Examination, she scored 96% and was the CBSE all India topper in English subject.

3. Manushi was a medical student and pursued her graduation in MBBS from Bhagat Phool Singh Medical College in Sonipat before she decided to become a beauty pageant.

4. She is the 6th woman from India to win the Miss World pageant. The other popular names in the list are Aishwarya Rai Bachchan and Priyanka Chopra.

5. She is the first beauty pageant to win the titles of Miss World and Beauty with a Purpose.

6. For her Miss World achievement, she was awarded the CNN-IBN Indian of the Year.

7. Other than being a beauty queen, she is also a trained Kuchipudi dancer. She learnt from the esteemed dancer’s Raja, Radha and Kaushalya Reddy.

8. She actively participates in various charity events for the welfare of society, as she appeared on the special show Super Nights With Padman to promote her Beauty with a Purpose project named ‘Shakti’ on menstrual hygiene along with superstar Akshay Kumar.

9. She was the judge for the Femina Miss India 2018 and crowned her successor Anukreethy Vas. Furthermore, she also crowned her Miss World 2018 successor Vanessa Ponce.

10. Manushi in a short period has become a popular face on Indian television through her various ad campaigns like Bata, Fashion Big Bazaar, Gio Watches, Adidas, Pantene, and Panasonic.

11. She is a committed social activist and has featured in various social events organized by state governments, UNICEF, and UN Women.

12. Manushi, since her childhood, has been a vegetarian. PETA recently awarded her the title of ‘Sexiest Vegetarian Personality’ in India.

13. Manushi is a die-hard fan of Indian film director S.S. Rajamouli and it’s her dream to work with him. She loved Rajamouli’s directorial work in films like Bahubali and Magadheera.

2. “When you cease to dream you cease to live.’ ‘Courage to give flight to your dreams and the ability to believe in yourself makes life worth living..”

3. “Your smile is your most powerful weapon, you can win hearts. Once you do that, there is no war left to be won!.”

4. “Change your thoughts and it will change your life for our mind is fertile soil.”

5. “Stop doubting yourself, work hard and make it happen!.”