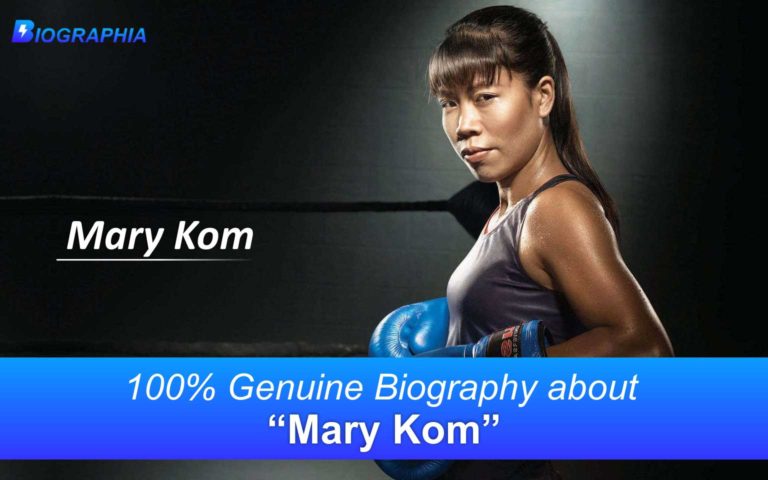 Mary Kom is an Indian boxer, politician and a Member of Parliament, Rajya Sabha. She is the only Indian female boxer to have qualified for the 2012 Summer Olympics, competing in the flyweight (51 kg) category and winning a bronze medal. She is also the first Indian woman boxer to earn a Gold Medal at the Asian Games.

She showed promise in athletics from a very young age but lacked the necessary support required to nurture the talent. She was always interested in playing different sports during her schooling days and she started off by participating in athletic competitions related to Discus Throw and Shot Put.

She is also an active supporter of wild animals.

The net worth of Mary Kom: $1 million