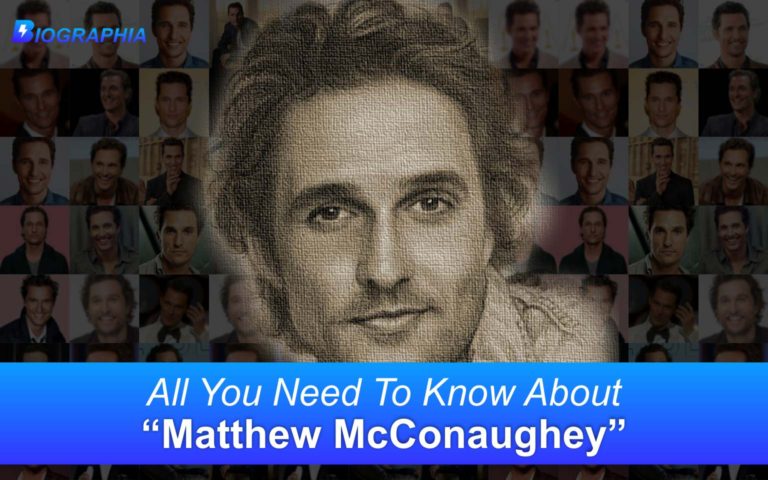 (He lived in Australia for a year, in Warnervale, New South Wales, as a Rotary Youth Exchange student in 1988.)

(Graduated with Bachelor of Science in Radio-Television-Film).

(His mother, Mary Kathleen is a former kindergarten teacher).

Some Facts about Matthew McConaughey

1): He was chosen as the school’s ‘Most Handsome Student’, while he was studying in Longview High School.

3): Matthew was arrested in 1999 for resisting arrest after police discovered marijuana in his Texas home. He spent nine hours in Travis County Jail and was released on $1000 bond.

“I believe in living in the present and making each day count. I don’t pay much attention to the past or the future.”

“Life’s barely long enough to get good at one thing. So be careful what you get good at.”

“The best advice comes from people who don’t give advice.”

“I’ve never been a jealous person, and I’ve never felt built up by someone else’s failure – that’s a cheap thrill.”

“Life’s not fair, it never was, it isn’t now, and it wouldn’t be. Do not fall into the trap, the entitlement trap, of feeling you’re a victim. You are not.”