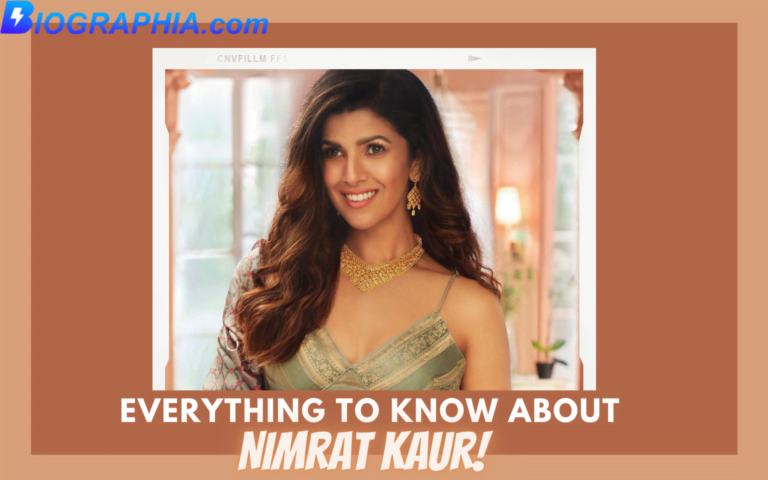 Do read our latest updated post on Nimrat Kaur Biography. Nimrat Kaur is a well-known Indian actress who appears in Hindi Films and also worked on American Television. She started her career as a model and played various roles in theatre.
Nimrat played various short roles in movies and after some brief appearances, she made her debut with Anurag Kashyap’s production Peddlers which was screened at the 2012 Cannas film festival.
Nimrat Kaur starred alongside the late Irfan Khan in the drama film, Lunch box which was released in 2013. In 2015 Nimrat played the role of Tasneem Qureishi as an ISI agent in the fourth season of the American television series Homeland. Apart from working with Irfan Khan Nimrat also worked alongside Akshay Kumar in the movie Airlift released in 2016.

Are you a lover of cinema and thrive on updates from the glamourous world? Biographia is among the top digital entertainment portal where you will find all the latest information and we are a nonstop destination for all the latest biography, Hot trivia, Bold and Hot photos, etc.

Do check out our Twitter Handle for more exciting updates.