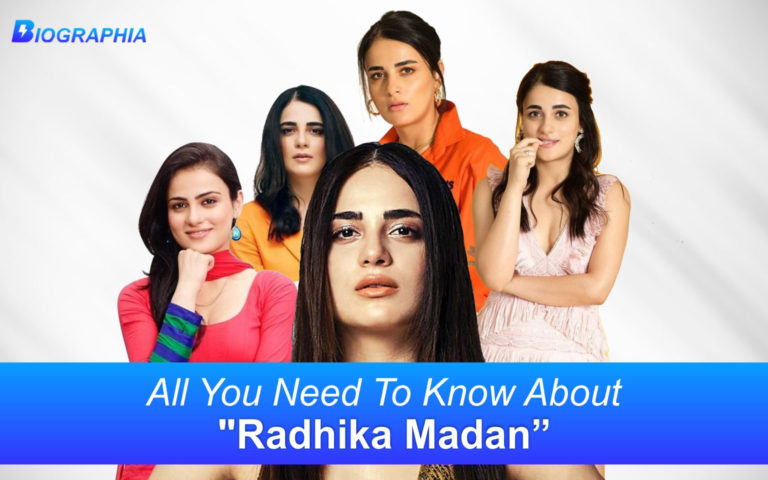 The Indian Television actress and Dancer Radhika Madan popularly known as “Ishani”. She was born in Delhi and had her schooling and college there only.

She never wanted to get into acting, she had a dream of being a dancer and was a dance instructor in Delhi.

The day she placed her foot in acting she never looked back. She won many awards like “Zee Gold Awards” , “Indian Television Academy award” , “Television style Awards” and many more.

As her heart belongs to dance and hence she never fails to take part in dance reality shows “Jhalak Dikhhla Jaa”.

The most likeable TV actress made her Bollywood debut in Vishal Bhardwaj’s comedy/drama film “Patakha” and then in 2018 she appeared in action/comedy movie “Mard Ko Dard Nahi Hota” and in 2020 she played a lead role with Irrfan Khan in “Angreji Medium”.

1)- She ran away from the set of “Meri Aashiqui Tum Se hi” on the first day of shoot, as she found acting extremely difficult. However, later on she got fame from the same serial as “Ishani”.

2)- In 2015, she participated in the Colors TV show “Jhalak Dikhlaja Reloaded” and was eliminated in the 6th week.

3)- She loves dogs and has a dog named Brezzer.

5)- She has learned Ballet, Hip-Hop and Jazz.

6)- Radhika never wanted to be an actress, she wanted to be a dancing star. She even enrolled in a dancing organization in New York, USA. However, the team of “Meri Aashiqui Tum Se hi” saw her at the mall and offered her a lead role.

7)- Apart from Dance she used to play cricket and was a tomboy in childhood.