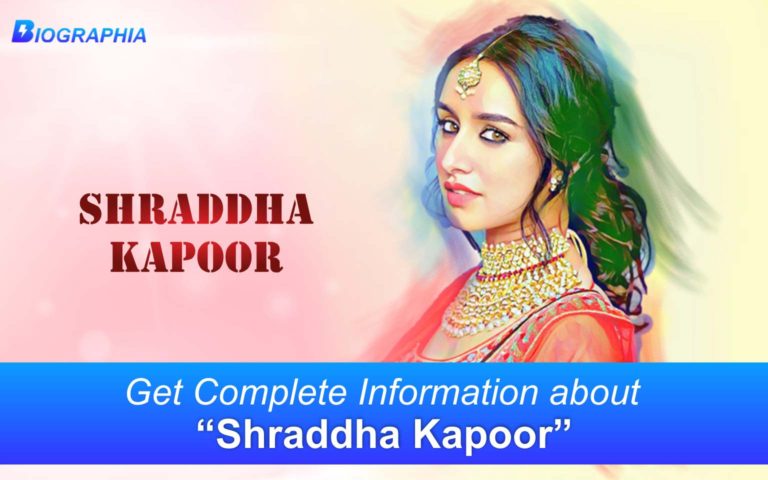 Shraddha Kapoor is an elegant actress known for her versatile acting skills and beautiful voice.

She has become a popular face and gathered a huge fan following as she is one of the most followed Indian celebrities on Instagram.

Her debut movie in Bollywood was Leena Yadav’s ‘Teen Patti’, followed by a comedy film, ‘Luv Ka The End’. The breakthrough movie in her career was Mohit Suri’s ‘Aashiqui 2’, her acting in the film was highly praised.

She was mentioned in the Forbes India’s Celebrity 100 list and Forbes Asia in 30 under 30 lists.

Furthermore, she was featured as one of the eight sexiest women in Bollywood by EasternEye, and The Times of India placed her on seventh in the list of the Most Desirable Women in 2014 and 2015.

Apart from acting, Shradhha is also involved with charitable works and has started her clothing line for women named ‘Imara’.

Net Worth of Shraddha Kapoor: $3 Million

1. Shraddha Kapoor scored 95% in her Class XII exams. Her parents wanted her to study further. But she pursued acting.

3. Her mother and grandmother are singers. She is also a trained singer, Shraddha loves singing. She made her singing debut in her movie “Ek Villian”. Her song name was ‘Galliyan’

4. Other than playing different roles, Shraddha can speak in different accents. She once told that she can speak like a professional in various accents, including Russian and British.

5. Salman Khan offered her a movie when he saw her acting at Boston University, she was only 16 at that time.

Shraddha Kapoor with her Pet Shyloh.

Shraddha Kapoor has acted in more than 25 movies, some of her famous movies are-