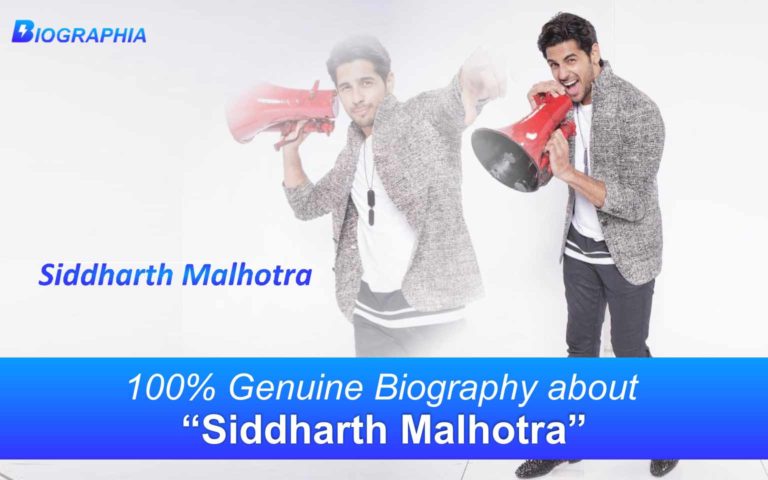 Siddharth Malhotra is an Indian actor who works in Hindi Film Industry. He is one of the most handsome actors in Bollywood.  He was born on 16 January 1985 in Delhi.

He made his debut in the movie Student Of The Year which was a super-hit movie.

After that, he worked in a lot of movies and audiences loved his acting. In 2021, he acted in the movie Shershaah which is based on the life of Captain Vikram Batra opposite Kiara Advani.

Known For: His role as Vikram Batra in Shershaah

1. On a talk show he said that Madhuri Dixit is the one he would love to take to bed.

Stardust Award for Breakthrough Performance, Star Plus Entertainer of the Year