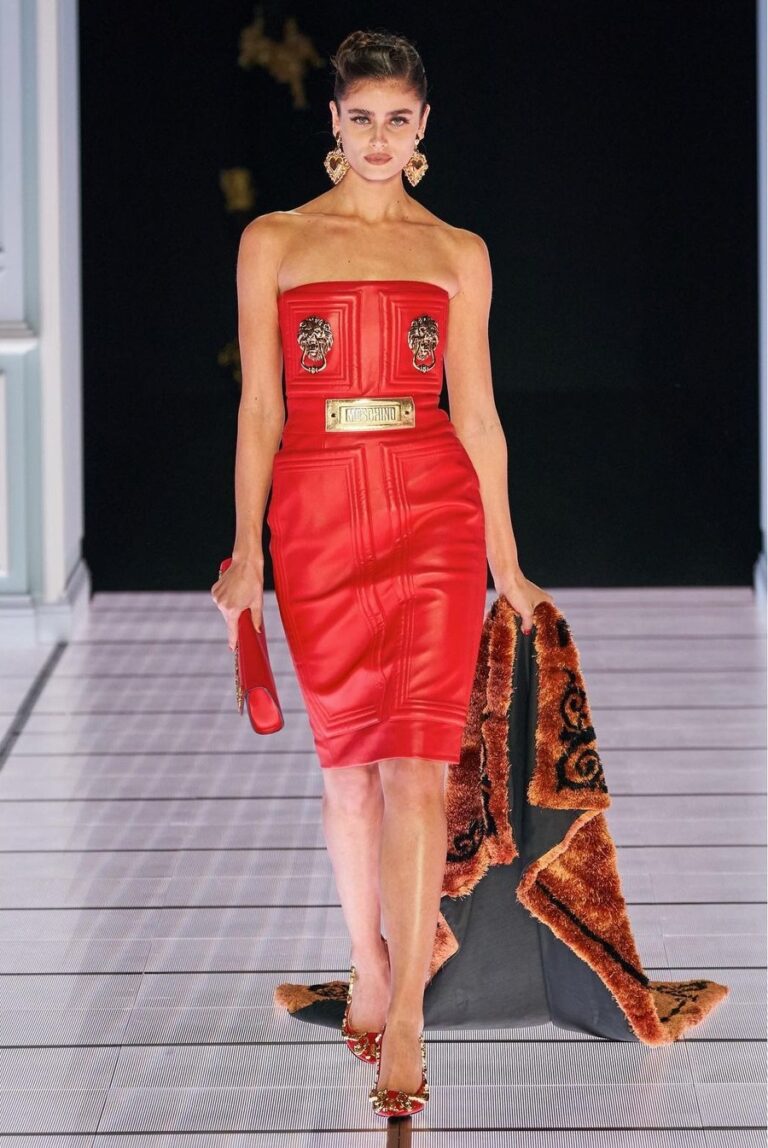 Taylor Hill an American Model who is known for walking the runway for various famous designers and was a Victoria’s, Secret Angel. She appeared in the brand’s annual show from 2014 to 2018. Apart from waking up the ramp for Victoria’s Secret, she has also worked and walked for brands like Ralph Lauren, Michael Kors, and Carolina Herrera. Taylor Hill has also appeared in magazines such as Vogue, Elle, and Harper’s Bazaar. She is currently ranked one of the top 50 models in the world by Models.com. One of her biggest achievements which caught media and fans’ attention was that she appeared on the cover of 27 Magazine.

Many people do not know that Taylor Hill’s sister Mackinley and Brother Chase are also models.

She earned herself 17 positions on Forbes’s “The World Top Earning Models” list in the year 2016.

Taylor Hill enjoys a massive fan following of over 3 million on her Instagram handle and earns more than One Lakhs likes for every post she uploads to her Instagram.

Taylor got a modelling chance to work for H&M which paved way for her to model for Dream Brand Victoria’s Secret.

Due to Taylor Hill’s brilliant performance in modelling, she was awarded model of the year in 2015 at Fashion Media Awards on social media.

Apart from modelling Taylor was also seen in the movie in 2013 name of the movie was Hollywood Temptations directed by Jim Jordon starring Henry P Brooks, Drew Gallagher, and Mackinley Hill.

It was rumoured that Taylor Hill has begun her relationship with British cannabis entrepreneur Daniel Fryer in 2020.  In June 2021 she announced their engagement.

Taylor Hill is a fan of Selena Gomez. She met me her favourite singer Selena Gomez during last year’s Victoria’s Secret Show. As soon as Taylor met Selena and hugged her so hard and later wasted no time in sharing the snap on her social media handle tagging Selena Gomez.

Taylor Hill is very close to Sara Sampoi and both of them have named themself Saylor. Both of them are former Victoria’s Secret Angels and are often spotted together around town as well as on sets.

Many Fans and Followers would be surprised to know that Taylor hill is also among some well-known models that were bullied at school. Models like Karlie Kloss and Shanina Shaik also accepted this as they themselves have gone through this phase.

In an interview held in 2015, Taylor Hill explained how she was the butt of everyone’s jokes. She also revealed how tall and skinny she was and the way she was ignored by the boys in the school she was. She left school to pursue modelling. At the age of 17, Taylor Hill was known as Victoria’s Secret Youngest Angel.

Taylor Hill along with her older sister Logan, younger sister Mackinley and young brother chase used to host their own youtube shows. Later All three of them signed to IMG Models. They were referred to as “New Hadids”.

Is Taylor Hill still an angel?

Taylor Hill was born in Palatine, Illinois, United States but her mother is a Native American and till now we don’t have any evidence which can clearly say that she is a native American however it was observed to see that Taylor’s mom use to cut her hair the same way she used to when she herself used to be a kid.

Does Taylor Hill have a sister?

Taylor Hill has one elder sister named Logan and one younger sister named Mackinley. All three of them along with her brother Chase use to host a youtube show but later signed into IMG Models.

What is Taylor Hill’s nationality?

Taylor Hill’s nationality is American as she was born in Palatine, Illinois, United States.

Who is Taylor Hill married to?

Taylor Hill is not married but as per sources, there were rumours that she is dating Daniel Fryers until she herself announces in 2020 that she is in a relationship with Daniel Fryer.

How much does Taylor Hill make a year?

It is not exactly known how much Taylor Hill make a year as she never revealed it but seeing her endorsing various brands it looks like she is making more than $1 Million dollars a year.

What is Taylor Hill known for?

Don’t miss to check out Taylor Hot Photos. Hottest and sexiest never seen photo collection of Jasmine Tookes which bought storm on the Internet and left netizens stunned on Biographia.

Do check out our Twitter Handle for more exciting updates.