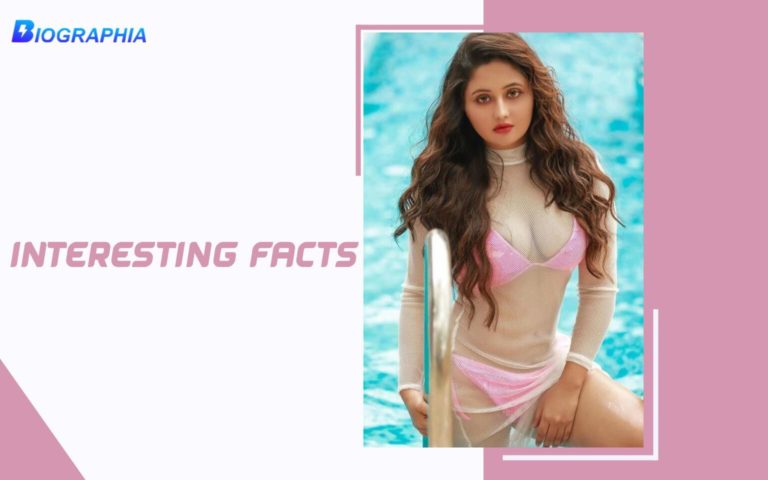 1. Rashami before consolidating her position in the Indian TV industry, was a renowned and distinguished face of Bhojpuri cinema, where she had portrayed several phenomenal roles in movies like Tulsi, Gazab Bhail Rama, Nadiya Ke Teer, and Balma Bada Nadaan.

2. Rashami hails from Nagaon a city in Assam but was properly brought up and educated in the ‘city of dreams’, Mumbai, where she religiously learnt classical forms of dancing Bharatanatyam and Kathak.

Her dancing prowess became handy when she participated in various dance reality TV shows and was also the winner of Zara Nachke Dikha.

3. On the sets of Jhalak Dikhla Jaa, she made an appalling revelation regarding her miscarriage, which shocked everyone on the set.

But, her claims were later scrubbed by her then-husband Nandish Sandhu in an interview, where he said that Rashami was out of her mind and was unaware of what she was talking about.

4. Rashami will soon dazzle the house of Bigg Boss 15 as a challenger alongside Devoleena Bhattacharjee. In addition, when Salman asked Rashami on Weekend ka Vaar, to whom she has handed over the keys this time, to which she answered that her mother and she have learnt from her past mistakes.

This comment triggered her ex-boyfriend Arhaan Khan who took to Twitter and wrote that barring him, various other people also had her house keys, and it would be interesting to see who those people are.

5. Rashami in an interview revealed the life goal that through her acting mastery she wanted to bag a National Award and had left no stone unturned in her quest.

6. Rashami has always been a decorated star of Indian Television and has accumulated unparalleled success for her performance.

But, when it comes to love, she had to struggle her entire life to find her true and loyal ‘Prince Charming’, because whether it was her ex-husband Nandish Sandhu, or her ex-boyfriends Sidharth Shukla or Arhaan Khan, her relationship couldn’t stand the test of time, and miserably failed.

7. Everyone is aware of the fact, Rashami was cast for the role of ‘Shakala’ in the superhit and top-rated fantasy TV drama Naagin 4: Bhagya Ka Zehreela Khel.

But, very few know, she was soon removed by the makers of the show, owing to the budget issues that arose due to the COVID-19 pandemic.