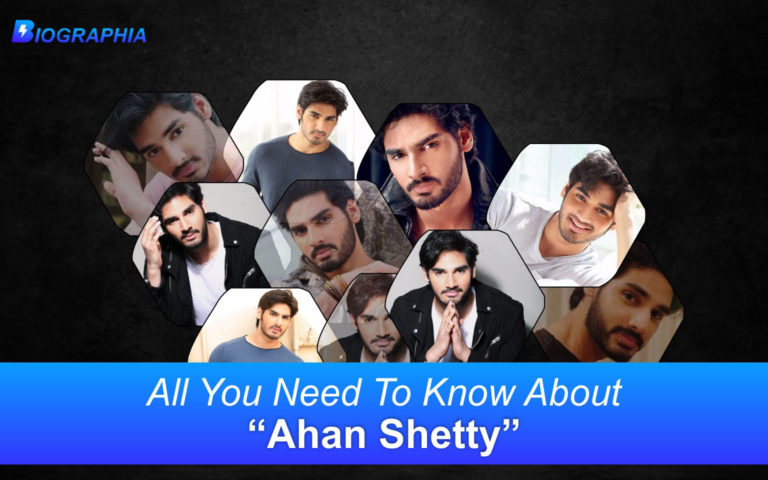 Ahan Shetty, son of the Indian Machoman, Suniel Shetty, is all set to grace the silver screen with his debut film under Nadiadwala Grandson Entertainment.

He is a vocalist and lead guitarist in one of the top Indian Bands and now he is going to try his hands on acting.

The 25-year-old has a keen interest in singing. Currently, the young guy is focused on making his career, he is learning martial arts and would go through other forms of physical training, for his upcoming Milan Luthria’s movie Tadap alongside beautiful actress Tara Sutaria as the female lead.

The nickname of Ahan Shetty: Aani.

Known For: Social Media Celebrity, being the son of famous Bollywood actor Suniel Shetty and brother of actress Athiya Shetty.

Girlfriend(s) of Ahan Shetty: Tania Shroff (from 2015 to Current, rumoured)

(Indian film actor, producer and entrepreneur, also known as Macho Man of India who is predominantly active in Bollywood films, he has done more than 110 films in his career)

Tadap, the debut movie of Ahan Shetty is going to release on 24th September 2021. Tadap is a remake of the Telugu film RX100 which was a super hit movie in Telugu Cinema.

As the rumours confirmed that the storyline of Tadap is different from RX100. Hence, they named it Tadap.

Tadap is directed by Milan Luthriya & produced by Sajid Nadiadwala.

1) Ahan Shetty is a pet lover.

3) During his school days Ahan was the captain of the school football team.

4) Karan Johar once said that Ahan is a “star in the waiting”.

5)  In 1993 Sajid Nadiadwala was the one who launched Suneil Shetty in “Waqt Hamara Hai.” Now he is launching his son in “Tadap” which is the remake of the south film RX100.

6) In 2010 Ahan and Anil Ambani’s son Anshul, started a band and used to jam for hours in the mini auditorium at the Ambanis’ residence.

7) Ahan always wanted to be an actor like his father and his dream is finally coming true.