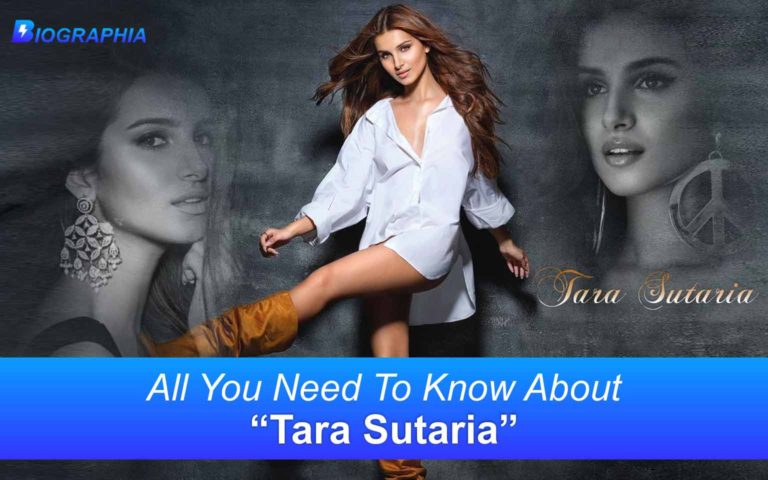 Tara Sutaria is an epitome of refinement and charisma, her enchanting beauty and captivating looks have made her one of the most beautiful coming of age actresses of Bollywood.

Tara’s superb acting skills were visible at a very young age when she played the role of Vinita ‘Vinnie’ Mishra in the sitcom The Suite Life of Karan & Kabir, where her effervescent personality was a treat to watch.

She further went on to mark her debut under Dharma Production’s Student of the Year 2 alongside Tiger Shroff and Ananya Panday and accumulated a massive fan following and monumental praise for her performance.

Known For: Played the role of a mute girl, ‘Zoya’ in the movie Marjaavaan alongside Sidharth Malhotra, Riteish Deshmukh, and Rakul Preet Singh

1. In an interview, Tara Sutaria opened about how she was body-shamed by certain film-makers and the audience, where they first criticized her for being underweight and thin in her debut movie and when she gained weight for her next projects the same people called her overweight, in a demeaning manner and also commented on her body shape.

1. Ever wondered, is there a look-alike of the popular and gorgeous Tara Sutaria, well the answer is a big yes and it’s no other than her twin sister Pia Sutaria. Both the sisters are extremely close and consider each other their best friends.

2. Tara is a multi-talented celebrity known for her exceptional command over different dance forms and is also a trained singer and has performed at various operas, concerts and competitions.

3. She began her journey as a video jockey and from a small age had been associated with the Disney Channel and has performed in shows like Big Bada Boom and The Suite Life of Karan & Kabir.

6. She was also approached, by the makers of Freddy, but due to her prior commitments for Sajid Nadiadwala’s upcoming movie Heropanti 2 starring Tiger Shroff, she had to say no, which led the casting director of Freddy to approach Alaya F to star opposite Kartik Aaryan.

7. She was one of the two actors alongside Naomi Scott who were finalized to play the role of Princess Jasmine in the 2019 Disney movie Aladdin alongside Will Smith and Mena Massoud. However, in the end, the role went to Naomi Scott.

8. Tara is also working on another upcoming movie, Ek Villain Returns starring John Abraham, Disha Patani, and Arjun Kapoor in the lead roles. The movie will be directed by Mohit Suri.

1. Aadar Jain – Tara Sutaria and Aadar Jain, both are renowned faces of Bollywood and have always showered their love for each other. The couple are pretty much serious about their relationship and soon plan to get engaged and then married.

In an interview, Aadar Jain revealed that he shared a special bond with Tara and the way she understood him was beyond imagination.

Read More: For more gorgeous and scintillating pictures of Tara Sutaria, do visit our ultimate photo collection which you may not have ever seen before.