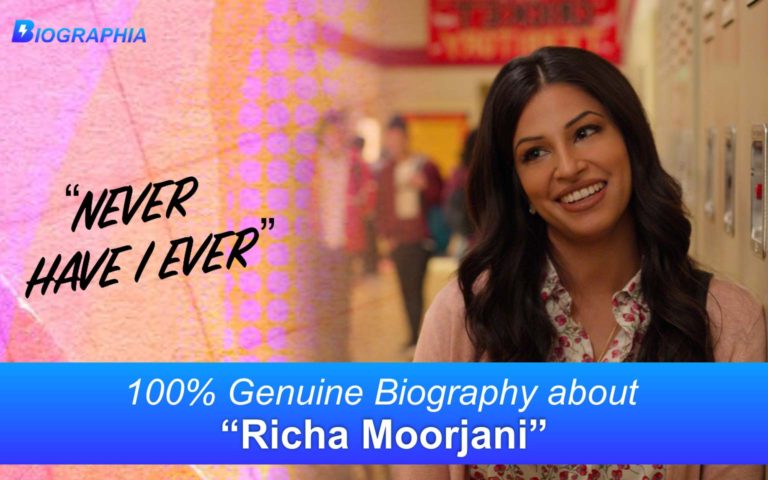 Richa Moorjani, a juvenile, and an astounding Indian American actress who is best known for her role as Kamala in the Netflix series “Never have I ever”.

Richa Mooorjani is an actress of Indian-American origin. She is a gorgeous, fun-loving, and talented person, slowly getting recognized by the world.

She has acted in many films, among which her most recognized film is X: Past Is Present, in which she portrayed the character of ‘Sanjana’.

She has also worked in several television shows as guest stars like Big Time Rush, The Mindy Project, NCIS: Los Angeles, and 9-1-1.

Known For: Her role in the series ‘Never have I Ever“

Richa Moorjani Religion: While Richa is an American citizen, Richa’s religion is Hinduism

Richa and her husband Bharat met four years ago on a dating app that was specifically designed for South Asian singles in America.

She never thought she would be able to form a connection with anyone that way and she found it comical, little did she knew that she was about to meet the love of her life.

They’re very similar to each other and connect in utterly special ways.

Richa Moorjani has appeared in quite a few TV shows and Richa has been working in the TV and Movies arena for around 10 years now.

School: High School In The US.