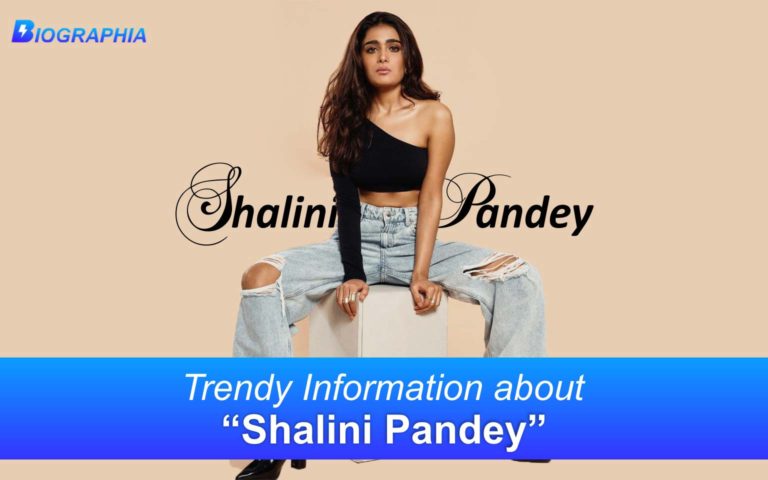 Shalini is a young sizzling actress known for her innocent looks and delightful personality. She has a huge fan base among the young generation as they consider her the most gorgeous celebrity in the industry.

She made her debut with the Tamil language film ‘Arjun Reddy’ starring opposite Vijay Deverakonda. Her performance was par excellence and the way she played the role with such elegance and ease, making it a treat to watch for the critics and the audience.

She has also acted in various popular films like Mahanati, 100% Kadhal, and Nishabdham starring R. Madhavan and Anushka Shetty in the lead roles.

She will soon make her Bollywood debut as a female lead with the much-awaited movie ‘Jayeshbhai Jordaar’ starring alongside Ranveer Singh.

Known For: Played the role of ‘Preethi Shetty’ in the hit Telugu film ‘Arjun Reddy’

1. Shalini was supposed to feature as a female lead in Moodar Koodam Naveen’s Tamil film ‘Agni Siragugal’. Even the actress had given her dates and had begun shooting for the film.

But, after 27 days of shooting, the actress suddenly decided to quit the project and informed the producer T. Siva that, she would be unable to do the film as she had got the opportunity to work in a Bollywood movie ‘Jayeshbhai Jordaar’ opposite superstar Ranveer Singh.

T.Siva in return filed a lawsuit against the actress and even complained to the Tamil and Telugu Film Producers Councils for her unprofessional and rude behaviour.

2. As per the rumours, when she informed her parents that she wanted to become an actor, her father became extremely agitated and refused her to follow her dreams, which led her to threaten to file a complaint against her father. It made her parents extremely disappointed and they refused to talk to her for months.

1. She hails from a middle-class family of Jabalpur.

2. Shalini was always interested in drama and used to perform in various stage plays. She was soon offered the role of the female lead in the movie ‘Arjun Reddy’ by the director Sandeep Reddy Vanga.

3. She is best friends with the movie ‘Saala Khadoos’ lead actress Ritika Singh. They both first met at an award show and instantly shared a strong friendship bond.

5. She is an avid dog lover and has a cute pup named AJ.

7. She has also begun shooting for her second Bollywood movie ‘Maharaja’.