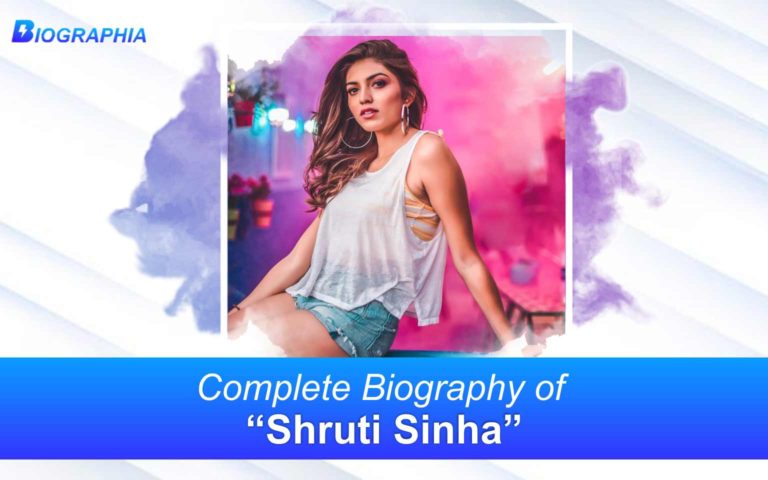 Shruti Sinha has made quite a name for herself through her upbeat performances and on-trend looks on various youth-based reality TV shows.

Sinha’s divine looks were first witnessed, on the sets of the famous reality TV shows MTV Roadies Xtreme mentored and hosted by Rannvijay Singha. On the show, she mesmerized everyone with her grace and swag.

After her successful stint in MTV Roadies, she went on to appear in Ace of Spade 2 and MTV Splitsvilla 11, where she was the winner alongside Gaurav Alugh.

Sinha has also featured in hit music videos such as Jubël & Desi Crew: Weekend Vibe, Sanam Mennu and Yo Yo Honey Singh: Shor Machega, which beautifully highlighted her sensuous and quirky persona.

Net Worth of Shruti Sinha: $1 Million

After the end of the show, the couple parted their ways.

She belongs to a Hindu Kayastha family. Her father died because of heart failure. Akruti is an elder sister to her.

She studied at Somerville School, Delhi. Shruti was fond of dancing since childhood. She has learned quite a few dance forms including Belly, Hip hop, Jazz, and Contemporary.

She is also a trained classical dancer.

Love on the Run

Shruti is currently dating Rohan Hingorani. These two love birds came close to each other during the shoot of MTV Roadies Xtreme.

Rohan is a former Australian soldier and an Entrepreneur.