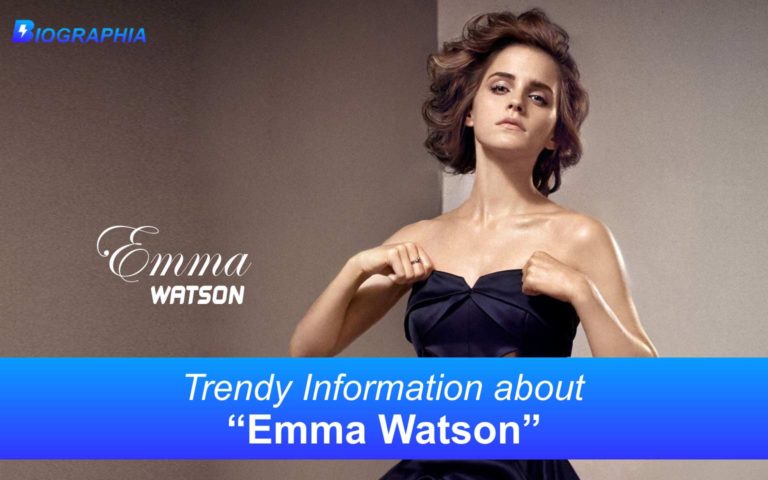 Who doesn’t know the infamous Hermione Granger from the blockbuster Hollywood film series Harry Potter; but very few know that in real life she goes by the name of Emma Watson, she is a talented and beautiful actress and one of the most influential people in the world.

Barring Emma Watson’s, Harry Potter success, she has starred in various popular films like My Week with Marilyn, Little Women, and The Perks of Being a Wallflower, in which her versatility and ingenuity were highly praised by the critics and even she was nominated for several prestigious awards.

Emma’s enthralling beauty has made her the most sophisticated and voguish celebrity of Hollywood, along with a stalwart of gender equality for which she was designated as the UN Women Goodwill ambassador.

1. Emma Watson’s Vanity Fair photo shoots went viral, wherein one of the pictures of the Harry Potter actress was seen flaunting her looks and cleavage more than required.

She received a massive counterblast for her picture, and everyone started trolling her as a hypocrite and ‘fake feminist’ who believes in a showing of her skin will make her look more glamorous and popular among the masses.

1. From a small age, she was passionate about her acting career and used to perform in dramas and plays as a child, to hone her acting and dancing skills.

2. She created history, at the age of 15, when she became the youngest actress to appear on the cover page of sensational magazine Teen Vogue.

3. Emma Watson’s role as Hermione Granger, in the decorated Hollywood film series Harry Potter, was all possible because of her Oxford theatre teacher who had a tremendous amount of confidence in Watson’s acting potential.

4. She is an avid cat lover and owns two cats, Bubbles and Domino.

5. She is a certified yoga and meditation instructor and even had formal training regarding the same.

6. Emma is also a fitness enthusiast, instead of prioritizing gyms, she remains fit by playing actual sports hockey, tennis, netball and dancing.

7. She is an exceptional social activist and philanthropist and has made her motto to eradicate gender disparity and promote women education for girls countries like in Bangladesh and Zambia.

8. Watson’s sparkling personality and gorgeous looks, featured her on the 47th rank in the list of FHM 100 Sexiest Women in 2009, alongside Megan Fox, Cheryl Cole, Adriana Lima, and Britney Spears.

9. Watson has also graced a music video with her presence, titled, ‘Say You Don’t Want It’ by the band One Night Only.

10. The year 2013 was a remarkable year for Emma as her movies The Bling Ring and This Is the End, were both commercial successes and further she was awarded the Woman of the Year by the British GQ.

1. Will Adamowicz- Emma Watson and Will Adamowicz both dated for three years. They both first met at Oxford University in England and developed an instant liking for each other.

3. Leo Robinton – Emma Watson is currently dating Leo Robinton, an American businessman. Their relationship began in 2019 and still, the couple is pretty much engaged in such a committed relationship.

Also Read: Here are the hot and appealing pics of Emma Watson, to view the entire image collection of the star, do follow the link, which we guarantee will be a blissful ride