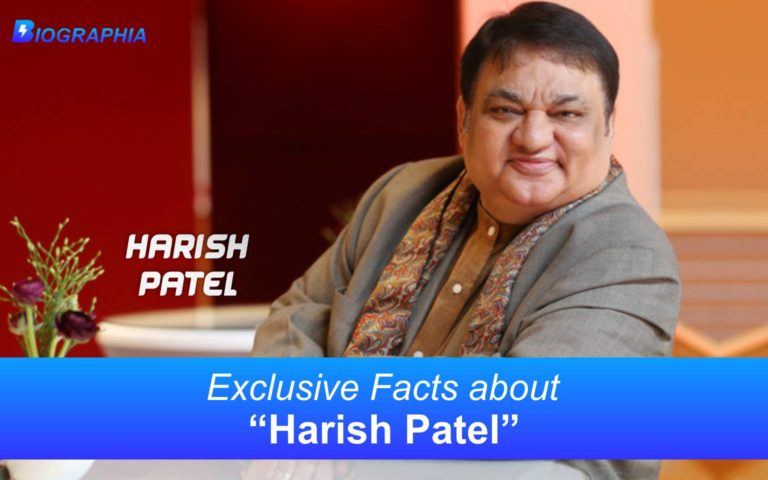 Harish Patel is the most enthusiastic and bubbly Indian actor known for his impeccable comic timing and the iconic role of ‘Ibu Hatela’ in Kanti Shah’s 1998 movie Gunda.

His acting career has taken him all over the world and consolidated him as an internationally acclaimed actor. He soon will be seen in Marvel’s upcoming epic superhero film ‘Eternals’ starring Gemma Chan, Angelina Jolie, Kit Harington, and Richard Madden in the leads.

Known For: Played the role of ‘Karun’, Kingo’s manager in the Marvel movie Eternals

1. Harish Patel is a trained actor from Indian National Theatre and is known for his fabulous performance in the play Neela Kamra.

2. He is the honorary and lifetime member of the Cine & TV Artists Association of India.

3. Before, bagging a role in Eternals, Harish Patel had already featured in various Hollywood movies like David Schwimmer’s Run Fatboy Run starring Simon Pegg and Thandiwe Newton in the lead, Keith Lemon: The Film starring Leigh Francis and Verne Troyer in the main roles, and All in Good Time starring Reece Ritchie and Amara Karan.

5. Harish Patel’s role in Eternals will be a sort of cameo, as the Gunda movie actor, himself revealed in an interview that in the upcoming Marvel movie Eternals, he will be seen alongside fellow actor Kumail Nanjiani as his manager. Among the ensemble cast of Eternals, comprising of Salma Hayek, Lauren Ridloff, and Don Lee, Harish Patel is the only actor hailing from Bollywood.

Also Read: Harish Patel’s Eternal movie co-star Richard Madden’s affairs throughout his Hollywood career. We presume this piece of information to be quite exclusive, which could only be available at Richard Madden Biography.