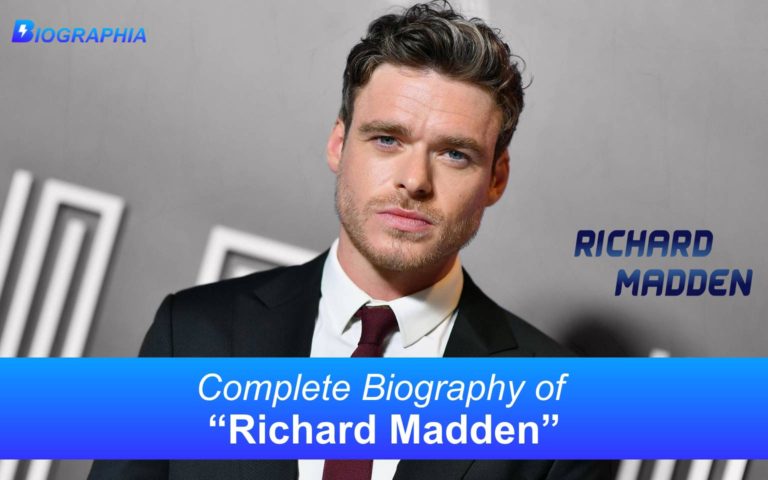 The dashing and majestic Scottish born actor, Richard Madden is known for his flawless acting skills and superb dialogue delivery. Since his childhood, he was very much into acting and later on, went on to play the role of Romeo in Romeo and Juliet’s drama organized by the Shakespeare’s Globe company.

Madden’s rise to fame was his portrayal of Robb Stark in the outstanding fantasy drama television series Game of Thrones. For the series, he also received wide appreciation from the critics and large fan following, owing to his marvelous character acting skills and strong spectrum of emotions.

He has also featured in various critically acclaimed films like Cinderella, Rocketman, and 1917, which were all very well-received by the audience and consolidated Madden as the mainstream Hollywood actor.

Known For: Played the role of ‘Robb Stark’ in famous fantasy drama series Game of Thrones and ‘Ikaris’ in the multi-starrer movie Eternals

1. Madden, when 11 years old developed a knack for acting and to help him, his parents made him join the PACE Youth Theatre to work upon his confidence and showmanship.

2. Richard Madden Game of Thrones appearance as Robb Stark, made him nominated for the Screen Actors Guild Awards for Outstanding Performance by an Ensemble in a Drama Series for Game Of Thrones in 2011 and 2013.

3. Madden’s role as ‘Lieutenant Joseph Blake’ in the Sam Mendes’ war movie 1917 also starring George MacKay, Andrew Scott, and Benedict Cumberbatch, received huge appreciation from the audience and The Times magazine also awarded him the status of  one of the 100 most influential people in the world.

4. For his outstanding, deeply emotional and powerful portrayal of PS David Budd in the British Tv series Bodyguard, he won the prestigious Golden Globe Awards for Best Actor in a Television Series Drama.

5. He has also won the Hugo Boss Most Stylish Man’s GQ Men of the Year award.

6. Madden will soon be seen in the upcoming American drama Tv series titled Citadel alongside gorgeous Priyanka Chopra in the lead role.

Jenna Coleman – Richard Madden and Jenna Coleman began dating each other in 2012, as Richard was enjoying his success garnered from his hit Tv series Game of Thrones where he portrayed the role of Robb Stark.

However, the pair went their separate ways in 2015, when the news broke out that Madden was interested in his Cinderella movie co-star Lily James.

Laura Whitmore – Richard Madden and Laura Whitmore met each other in 2016, and for them falling in love was just a matter of time. Moreover, they were unable to take their relationship forward and soon departed on their separate ways.

Ellie Bamber – Richard Madden and Ellie Bamber were in a relationship for 18 months. The couple also took several therapy sessions to save their beautiful relationship but couldn’t succeed and had a break-up.