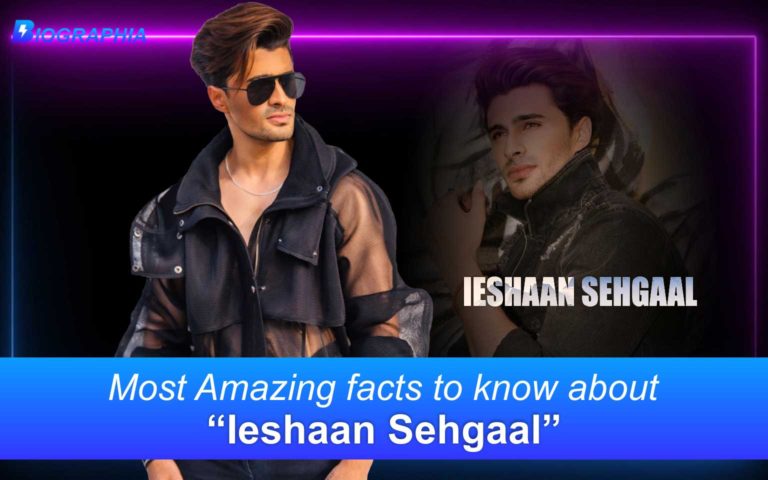 Ishan Sehgal also known as ‘Ieshaan Sehgaal’ is a popular model and actor known for his super strong physique and dazzling looks.

He has become a recognized face of the TV industry with his method of acting and appealing performances.

He has more than 3 lakhs followers on Instagram, who loves his impeccable chiseled body and adores the way he carries himself as an A-List model.

He will be seen in the upcoming season of Bigg Boss alongside Afsana Khan, Miesha Iyer, and Shamita Shetty.

Known For: Featured in the hit song titled ‘Pagalpan’

1. Ishan hails from Bareilly and his father is a businessman.

2. He has pursued his education in Delhi and then went to follow his passion and make a name for himself in the field of modelling and acting.

3. He has endorsed popular brands like Sprite, Dairy Milk and Pure Casino.

4. He has also acted in the STAR Plus well-known TV serial Rishton Ka Chakravyuh which also features Narayani Shastri, Mahima Makwana, and Sangita Ghosh in the main casts. He was praised for his supporting role which made him quite popular in the TV industry.

5. Before becoming a full-time model and actor, he has also worked as a crew member for Jet Airways.

6. He has appeared in the hit music videos titled ‘Pagalpan’ and ‘Hunter’ along with Bani J, both the videos have accumulated millions of views on YouTube.

7. He is a fitness freak and after a meticulous fitness routine has formed a splendid body shape.

8. Ishan had earlier shot a promotional video for Bigg Boss 10 alongside actress Mahira Sharma and now he will be a contestant in Bigg Boss 15, it shows his successful journey as a model and actor. This season of Bigg Boss will also feature interesting celebrities like Pratik Sehajpal, Donal Bisht, Karan Kundra, Umar Riaz, and Vidhi Pandya.