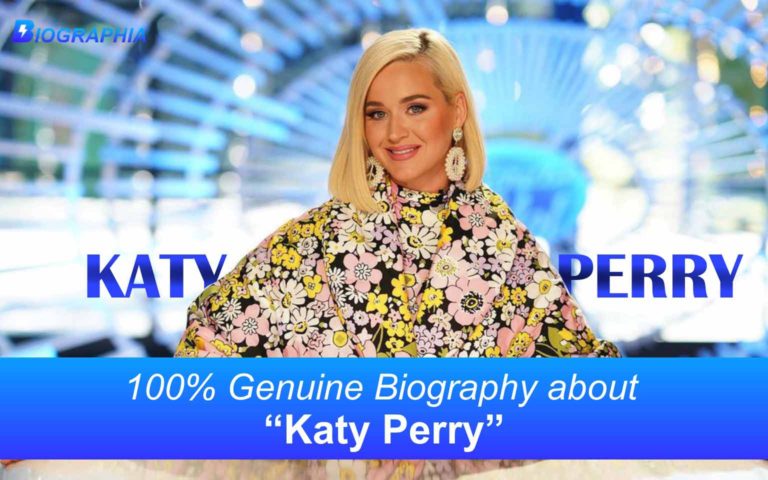 All the music aficionado’s out there, you all must have heard the chartbusters like Hot n Cold, Teenage Dream, Roar, and Dark Horse but did you know who sang them, well it’s none other than Katy Perry, the reigning musical queen and pop star of the world.

Since the release, of Perry’s debut album ‘Katy Hudson’, all the music pundits were aware that a star was in the making, as her other hot sellers comprising of One of the Boys, Teenage Dream, and Prism all yielded the same testimonial of Perry’s artistic supremacy consisting of a powerful voice and unique tonal variations.

Besides Perry’s musical maestro, she is a fabulous personality of scintillating looks and babelicious beauty, known as, one of the most desired women and one of the highest-paid music artists of the world.

Favourite Songs: I Wanna Dance With Somebody (Whitney Houston), and Killer (Queen)

Favourite Books: Me Talk Pretty One Day, and The Help & Are You There God?, and It’s Me, Margaret

Favourite T.V shows: Flight of the Conchords, Saved by the Bell, and The Real Housewives of New Jersey

1. According to a news resource, Katty Perry’s hit song ‘I Kissed a Girl’ created a lot of buzz in the media, religious groups and LGBT community, regarding the song’s homosexual theme which disrespected and hurt the sentiments of aforementioned communities and groups.

However, Perry was forced to issue an apology for the whole matter as she was receiving massive online hate and derogatory comments on her social media profiles.

1. Perry changed her name from Kate Hudson to Katy Perry so that she couldn’t be confused with the renowned actress Kate Hudson.

2. Kate belongs to a strict and devout Christian family where she abstained from reading Harry Potter or watching The Smurfs.

3. In her childhood, she had an amazing knack for singing and became a part of a church choir group, and later as a teenager joined gospel music to improve her skills as a singer.

4. Perry is one of the few celebrities who had the privilege to meet the then First Lady Michelle Obama on her 28th birthday at a lunch party.

5. Perry owing to her talent and impeccable vocal skills was awarded the ‘Best Start on the US Digital Chart by a Female Artist’ by Guinness World Book of Records.

6. In 2012, honouring Perry’s successful career the Billboard named her the ‘Woman of the Year’.

7. Katty Perry’s first marriage with Russell Brand occurred in Rajasthan, India where they followed Hindu traditions and customs in their marriage ceremony.

9. She also made a notable appearance in the famous singer Taylor Swift’s music video, You Need to Calm Down.

10. Barring her illustrious musical career and stardom, she is a very down to earth personality and a marvellous activist as she is associated with many charitable organizations like ‘UNICEF,’ ‘Keep A Breast Foundation,’ ‘The Humane Society of the United States,’ ‘MusiCares,’ ‘Young Survival Coalition,’ and ‘Children’s Health Fund’, to help people suffering from cancer and HIV/AIDS.

11. Perry, is also known for her voguish looks which have made her the sex symbol of the Hollywood music industry.

12. In 2010, Maxim featured her at number uno, position in the list of Hot 100 Most Beautiful Woman in the World, the other renowned names featured on lists were Blake Lively, Megan Fox, Brooklyn Decker, Amber Heard, Kim Kardashian, Scarlett Johansson, Taylor Swift, and Bar Refaeli.

1. John Mayer: Katy Perry and John Mayer, began dating after Perry’s divorce from his husband Russell Brand. Belonging, to the same profession both, developed a strong love bond but were unable to sustain it for a longer period.

2. Orlando Bloom: Katty Perry and Orlando Bloom, are currently dating each other and very much enjoy one another company. The couple recently got engaged and announced that they would love to marry in the coming years.

Read More: For more gorgeous and scintillating pictures of Katy Perry do visit our ultimate photo collection of Katy Perry which you may not have ever seen before.