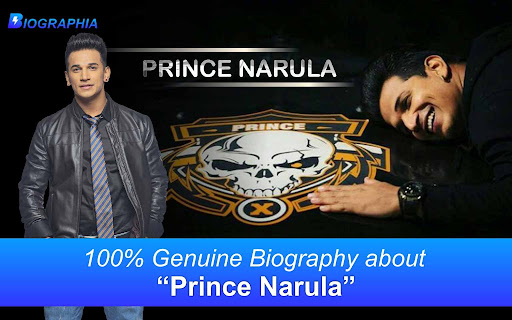 Ever charming and handsome Punjabi hunk, Prince Narula has made a mark on the industry in a very short period of time.

He came into the limelight after winning MTV Roadies X2.

He then became a youth sensation and won MTV Splistsvilla season 8 and Bigg Boss season 9 in the same calendar year (2015).

Prince is the only reality show star in the Indian television industry ever who is the winner of four consecutive reality shows.

Apart from reality shows, he has also acted in fiction serials. He wanted to be in front of the camera since his childhood.

Known For: His performance in reality shows

Net Worth of Prince Narula: US $1.2 million

He is very close to his parents. He has an elder brother Bobby Narula.

He is married to Yuvika Chaudhary. He met her on the sets of Bigg Boss season 9, fell in love with her, and expressed his feelings to her on the show itself.

Prince became a model after completing his education.

Yuvika Choudhary. He is now married to her.