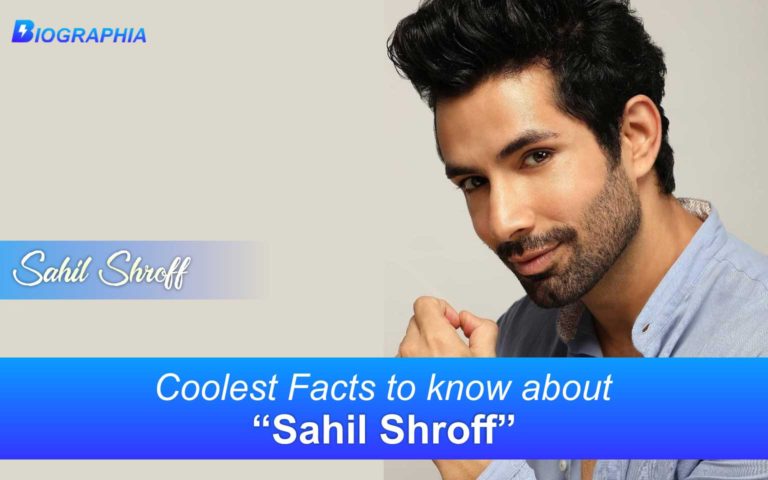 Sahil Shroff is known for his performance in the superhit movie Don 2 alongside Bollywood megastar Shah Rukh Khan.

His ultimate physique and surreal acting have made him the talent worth watching. He is also known for his impeccable modelling skills and has featured in various advertisements and ramp walks for renowned designers.

He will be seen as a contestant in the most controversial reality TV show Bigg Boss 15, along with Miesha Iyer, Donal Bisht, Shamita Shetty, Pratik Sehajpal, and Nishant Bhat.

Known As: The best contestant on the first season of the reality television competition “The Amazing Race Asia”

1. Sahil was born in Australia and after his education he worked as a bouncer at various nightclubs.

2. To try his luck in modelling and acting he returned to India and met veteran actor Anupam Kher to help him with his Hindi accent and voice modulations.

3. He likes to remain fit and healthy for which he runs, practices taekwondo, and plays football.

5. Shroff is known for his superior dressing sense and elegant fashion style as he has done ramp walks for renowned fashion designers like Manish Malhotra, Vikram Phadnis, Narendra Kumar and JJ Valaya.

6. He has also participated in the adventure reality game show titled The Amazing Race Asia where his performance was highly appreciated by the audience.

7. In the super hit movie Don 2 starring Shahrukh khan, Priyanka Chopra, Boman Irani and Lara Dutta. He played the role of a young cop named ‘Arjun’, his performance was quite noticeable despite such a famed cast in the movie.

8. He has also worked in movies like Shaadi Ke Side Effects starring Farhan Akhtar and Vidya Balan in the leads and Dear Maya starring Manisha Koirala.

11. His appearance in the upcoming season of Bigg Boss may prove to be a turning point in his career.