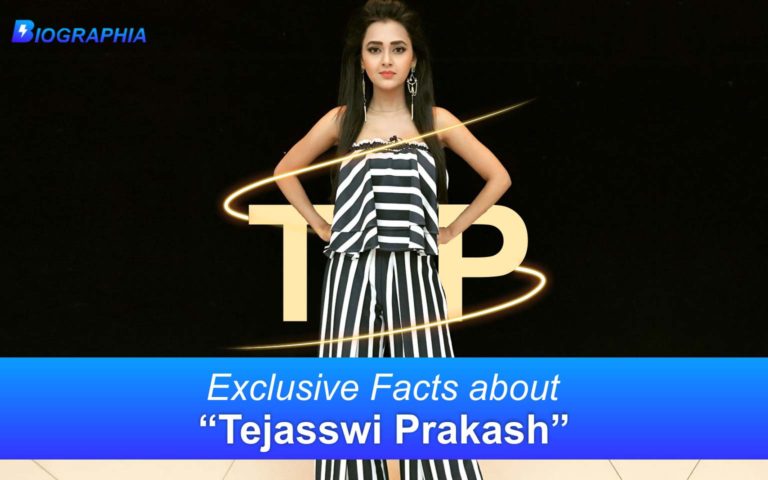 Everyone remembers charming ‘Ragini Maheshwari’ from the TV series Swaragini – Jodein Rishton Ke Sur but very few know that the role is played by the fabulous and talented TV actress Tejasswi Prakash.

Tejasswi is a very popular face on Indian TV. She has won many hearts with her breathtaking performances and stunning beauty.

Tejasswi will participate as a contestant in the upcoming season of Bigg Boss hosted by Salman Khan.

1. Since her college days, Tejasswi aspired to become an actor and participated in the ‘Mumbai’s Fresh Face Contest’ which she won. After gaining news headlines for her victory, she was approached by makers of the TV serial ‘2612’ and offered the role of a female lead.

2. Her performance in hit TV serials Sanskaar — Dharohar Apnon Ki and Swaragini – Jodein Rishton Ke Sur, made her the household name in India.

3. Tejasswi’s role as ‘Diya Singh’ in the most controversial TV serial Pehredaar Piya Ki was highly criticized by the viewers as the makers portrayed the marriage of a 9 years old kid with an 18-year-old woman.

4. Popular for her fascinating personality and beautiful looks, she has also featured as a special guest on various shows like Comedy Nights with Kapil, Sasural Simar Ka, Udaan and Ace Of Space 2.

5. She is a foodie and loves to try out different kinds of cuisines and street foods.

6. She also participated in the Fear Factor: Khatron Ke Khiladi 10 hosted by Rohit Shetty. Despite being too afraid and nervous on the show she reached in the Top 5 along with Karishma Tanna, Karan Patel, Dharmesh Yelande, and Shivin Narang.

7. She is also a trained classical dancer and singer.

8. Apart from being a talented actor, she is also a bright student and has completed her Bachelors in Engineering with the first division.

9. She is a fitness freak and enjoys swimming and playing basketball to remain fit.

10. She is going to appear in the upcoming season of Bigg Boss as a contestant alongside Karan Kundrra, Shamita Shetty, Umar Riaz, and Nishant Bhat. It will be the second time she will enter the Bigg Boss house, her first time was a guest appearance.

1. Tejasswi played the main lead in the TV serial Pehredaar Piya Ki alongside 9 years old, Afaan Khan. The serial was highly criticized by the audience as it portrayed the 18-year-old ‘Diya’ getting married to 9 years old ‘Ratan Singh’. The show tried to romanticize their relationship and even sent the couple to London for their honeymoon.

Viewers condemned the show for such immoral values and a petition was also filed by Mansi Jain on Change.org, supported by 51,000 people to ban the serial for its unethical storyline.

2. Tejasswi on the sets of Khatron Ke Khiladi 10 accused host Rohit Shetty of partiality and biases towards contestant Amruta Khanvilka.

It made Rohit immensely infuriated over Tejasswi and he replied that he has reached this position with his hard work and talent not by taking shortcuts. He further commented to Tejasswi that she must remain within her limits or will be thrown out of the show.