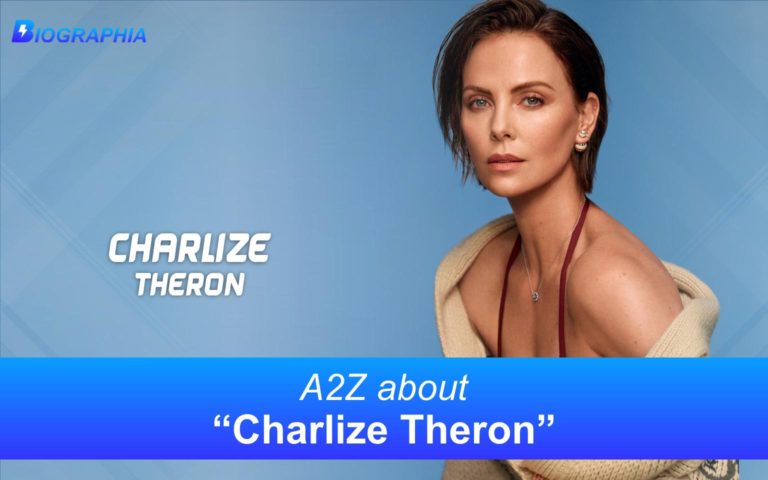 Theron, after a brief career in modelling, entered Hollywood and rose to prominence with her performance as ‘Mary Ann Lomax’ in the supernatural horror movie The Devil’s Advocate alongside decorated co-stars Keanu Reeves and Al Pacino.

Her other distinguishable performances, in several successful movies, are The Cider House Rules alongside Tobey Maguire, Mad Max: Fury Road also starring Tom Hardy and Rosie Huntington-Whiteley in the main role, The Italian Job with Mark Wahlberg and Jason Statham as the leads and Snow White and the Huntsman alongside Kristen Stewart and Chris Hemsworth.

Theron for her gorgeous looks and sensuous personality was ranked at 8th position in the FHM’s List of 100 Sexiest Women, and the other riveting divas on the lists were Jennifer Lopez, Kelly Brook, Salma Hayek, Denise Richards, and Carmen Electra.

Known For: Played the role of Aileen “Lee” Wuornos in the award winning movie Monster alongside Christina Ricci as the other female lead and played the role of ‘Cipher’ in the action movie Fast & Furious 9 alongside Vin Diesel and Michelle Rodriguez

1. Charlize Theron in a promotional event of her movie Bombshell also starring Nicole Kidman and Margot Robbie in the leads, narrated an incident where she was sexually harassed in the initial days of her career by a famous director.

She further mentioned that at that time, she was unaware of the fact that she got harassed and, now when she thought about it, she blamed herself for not raising her voice in these highly sensitive matters.

2. Theron was engulfed in another controversy where she made a huge remark while interviewing for the British GQ magazine that actresses with pretty and beautiful faces generally didn’t get roles because of their beauty.

She met with heavy criticism from Hollywood as well as the audience, who considered Theron’s comment demeaning to other actresses. However, Theron issued a public apology for her comments and said that her statement was misquoted and misinterpreted by everyone.

1. Charlize had a very tragic childhood, as her father was an alcoholic and used to beat Theron and her mother. Once, while threatening both of them at gunpoint, it forced her mother to fire at him in self-defence leading to the death of his father on the spot.

2. From a small age she enjoyed dancing and used to take ballet lessons to hone her dancing skills.

3. Theron gives credit for her eloquent English skills to the Hollywood movies because from her childhood to teenage she had watched hundreds of English language movies.

4. Theron holds a very unique record, as she is the second actress after Kim Basinger to feature naked in Playboy magazine and has also won an Academy Award in her career.

5. For her role as Imperator Furiosa in the Academy Award-nominated movie Mad Max: Fury Road, she willingly shaved her head to meet the demands of the director and make her character as real as possible.

6. Theron is recognized in Hollywood as a ‘perfectionist’ where she can go leaps and bounds for her roles to look flawless, in one such incident, she gained 30 pounds for her role as Aileen “Lee” Wuornos in the critically acclaimed movie Monster, for which she also received her maiden Academy Award for Best Actress.

7. Theron whenever rents a place, while shooting for a film thoroughly checks all the aspects of that place, including its closets, drawers, and lockers, when asked about this, she said that she is very restless and has obsessive-compulsive disorder.

1. Craig Bierko – Charlize Theron and Craig Bierko, an actor began their relationship in 1995 and it went on for two years but had to go on their separate ways, owing to certain personal reasons.

2. Stephan Jenkins – Charlize Theron and Stephan Jenkins, were in a three-year relationship, but it was never serious for both celebrities. Even after their break-up, Stephan was unable to forget Theron and released a song ‘Out of the Vein’ in honour of his emotions for Theron.

3. Stuart Townsend – Charlize Theron and Stuart Townsend met on the sets of Trapped in 2001, and soon fell in love, moreover, the couple owing to their deep connection even started a live-in relationship, but were unable to sustain their love and finally split up in 2009.

4. Sean Penn – Charlize Theron and Sean Penn, the relationship was the talk of the town, where every Hollywood fanatic was eager to know more about the unparalleled chemistry of the couple. However, certain unforeseen circumstances hindered the couple’s relationship and ended their relationship on a positive note in 2015.