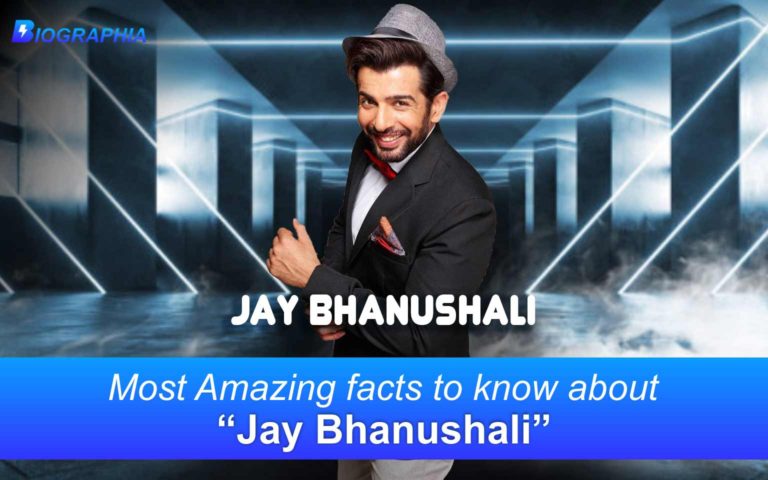 Jay Bhanushali is one of a kind actor, whose smile says it all. His nice-looking personality and charming looks have made him a well-known face in the TV industry.

He was known for his performance in Ekta Kapoor’s serial Kayamath also starring Shabbir Ahluwalia and Panchi Bora in the parallel leads. He has also worked in other shows like Geet – Hui Sabse Parayi starring Drashti Dhami and Gurmeet Chaudhary in the leads and Kairi – Rishta Khatta Meetha with Preeti Choudary as the female lead.

He soon starred in his first Bollywood film Hate Story 2 alongside Surveen Chawla, where his performance was noteworthy and pleasing.

Besides his acting skills, he is known for his spontaneity and a good sense of humour as he has hosted various popular reality TV shows like Dance India Dance, Sa Re Ga Ma Pa 2012, Super Dancer, and Indian Idol 10.

He will participate as a contestant in the upcoming Bigg Boss 15 along with Shamita Shetty, Vidhi Pandya, Akasa Singh and Karan Kundrra.

Known For: Played the role of ‘Neev Shergill’ in TV serial ‘Kayamath’ and has hosted all seasons of Dance India Dance

1. Jay Bhanushali and Mahhi Vij in 2019 welcomed their first biological child named Tara. As soon as the news got public, people started commenting on their social media profiles that the couples have started ignoring their adopted children Rajveer and Khushi.

It made Jay infuriated, and he gave a befitting reply to the trollers that they couldn’t imagine how difficult it’s to raise foster children. All the three kids are equally loved and they had no right to judge them on their parenting skills.

2. Mahhi was quite upset and angry at Jay’s intimate scenes in the movie Hate Story 2 with co-star Surveen Chawla. The couple had a huge fight over it, where Mahhi clearly warned Jay to abstain from such bold scenes which could jeopardize their marriage in the future.

1. His elder sister advised him to try his luck in modelling owing to his good look and dashing personality. He listened and soon got advertisement roles for brands like Motorola, Lays and Pepsi.

2. He marked his debut with musical comedy-drama Dhoom Machaao Dhoom alongside Sriti Jha, Toral Rasputra, Maanvi Gagroo and Vikrant Massey. The star cast of this show became famous later in their career.

4. He is also known for his flawless dance moves and was the 2nd runner up in Jhalak Dikhhla Jaa 2. In addition, along with his wife Mahhi Vij they were the winner of Nach Baliye 5.

6. Jay and his wife Mahhi Vij are the foster parents of their caretaker’s children Rajveer and Khushi. Both the kids since a small age, have spent their time with Jay and Mahhi and treat them as their real parents.

7. Jay and Mahhi in 2019, became actual parents after the birth of their biological daughter named Tara.

8. The upcoming season of Bigg Boss for Jay, might prove to be a roller-coaster ride for him, owing to the controversial nature of the show which will also feature celebrities like Donal Bisht, Pratik Sehajpal, Umar Riaz, Vishal Kotian, and Tejasswi Prakash.

Indian Telly Award for Best Actor in a Supporting Role, 2008