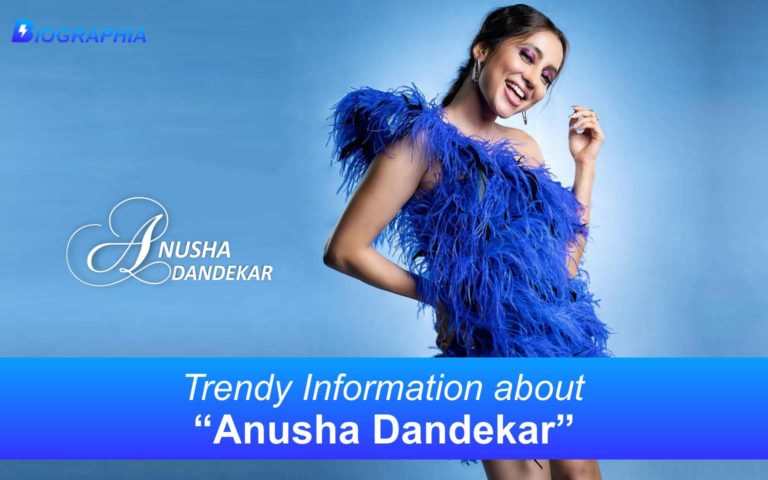 Anusha Dandekar is a prominent face of MTV channel, known for her exceptional VJ skills and sizzling hot looks. She began her career as a host for numerous MTV shows like MTV’s House of Style, MTV Dance Crew, and MTV Teen Diva.

Anusha with her outstanding command over English, soon became famous for her anchoring across India and was also being recognized for her marvellous dressing style and riveting sensuous personality.

She also co-hosted, the second season of MTV Love School, alonsgide her then boyfriend Karan Kundra.

She has also worked in a handful of Bollywood movies as a supporting actor like Mumbai Matinee, Viruddh, Anthony Kaun Hai?, and Delhi Belly.

She can be soon seen in the ongoing season of Bigg Boss 15 as a wild card contestant alongside Jay Bhanushali, Shamita Shetty, Donal Bisht, and Vidhi Pandya.

1. Anusha Dandekar after her break-up with actor Karan Kundra, shared a note on her Instagram, where she mentioned that Karan had cheated and lied to her and he owed her an apology for all the trauma and pain it has caused her.

1. She was born in Khartoum, Sudan, and brought up in Kingsgrove, New South Wales, Australia.

2. Anusha Dandekar is the younger sister of well-known model and actress Shibani Dandekar, who is married to the famous actor Farhan Akhtar.

3. When she was 19 years old, she decided to pursue her career in the entertainment industry and moved to Mumbai, India to follow her dreams, where she began her journey as a video jockey in MTV.

4. For her phenomenal VJ skills, she was awarded the Cosmopolitan Fun Fearless Female Awards for the Best VJ.

6. Anusha’s impeccable fashion sense and the poise with which she carries herself has led her to feature on the cover pages of prestigious magazines like Cosmopolitan, Elle and Seventeen.

8. She is also the mentor on MTV’s India’s Next Top Model, which is judged by Lisa Haydon and Malaika Arora.

9. She had a special dance appearance in the movie Bhavesh Joshi Superhero alongside her sister Shibani Dandekar, Arjun Kapoor, and Sharib Hashmi for the item song titled ‘Chavanprash’.

10. The rumours of Anusha Dandekar being the wild card contestant in the controversial reality Tv show Bigg Boss 15 has sparked a new interest in her fans as the same show also features her ex-boyfriend Karan Kundra who she blamed for cheating on her. However, things may spice up, if she enters the Bigg Boss 15 house which also includes celebrities like Tejasswi Prakash, Vishal Kotian, Umar Riaz, and Akasa Singh.

1. Rannvijay Singha (Actor and Vj) – Rannvijay and Anusha started seeing each other after the first season of Roadies but had to split up due to their busy schedules and different priorities in their lives.

2. Karan Kundra (Actor) – Anusha Dandekar and Karan Kundra met each other at Airport and soon fall in love after that, the couple dated for five years where they hosted the show MTV Love School and appeared as a guest on MTV Troll Police. However, their relationship had a tragic end, when Anusha accused Karan of cheating on her.

3. Jason Shah – Anusha and Jason Shah met at a music video shoot which was being directed by Jason himself and Anusha was acting in it. An instant connection was formed, between them and they soon started seeing each other in April 2021.

Read More: For more gorgeous and scintillating pictures of Anusha Dandekar, do visit our ultimate photo collection which you may not have ever seen before.