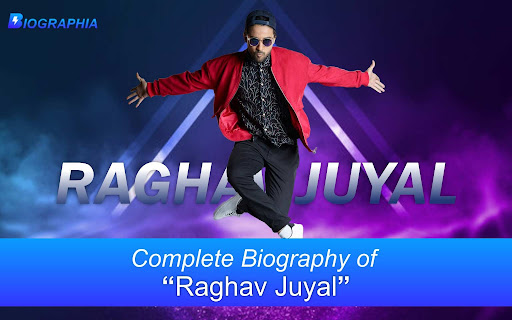 Raghav Juyal is an Indian dancer, choreographer, actor, and television presenter. He is known as the King of Slow Motion for his dreamlike dance moves in slow motion style and for his flawless reinvention of the Slow Motion Walk.

Raghav is known for his wit and prompt replies which made him the most popular host of shows like Dance Plus, Dance Champions, and Rising Star.

In 2014, he made his Bollywood debut with a supporting role in the film Sonali Cable starring Rhea Chakraborty and Ali Fazal in the lead roles. He has also appeared in Remo D’Souza’s 3D dance drama film- ABCD 2.

Known As: King of Slow Motion for his surreal dance moves in slow motion style